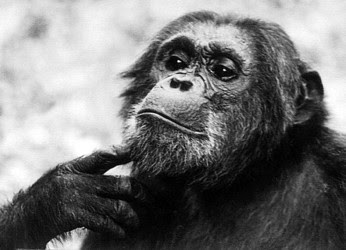 Evolution and Morality I: Simon Blackburn

We may sometimes question one another’s morals, but morality itself is part of the fabric of all societies. Why is this? And what is the fundamental nature of human morality? Will knowing this help improve our societies?

These questions have been pondered and discussed for millennia by scholars of philosophy and religion but now new insights are being gained thanks to our growing understanding of animal behavior and human evolution.

ETVOL is proud to sponsor a series of interviews with the men and women whose work in this field is likely to influencing the way future generations think about right and wrong.

Morality is often portrayed as uniquely human—despite our observations of kindness in animals and evil in humans. Morality is closely associated with religion, but they are not the same.

Darwin regarded human morality as a product of evolution with roots that extend to other species, but his theory was widely regarded as posing a threat for morality, not only by religious believers but by Thomas Huxley, Darwin’s staunchest ally, who regarded evolution as a “gladiator’s show”, highly competitive and bereft of morality.

Modern evolutionary science allows the topic of morality to be explored in unprecedented detail, from ultimate causes to proximate mechanisms. Our series of interviews will make the current state of knowledge accessible to non-specialists. Links will allow followers to concentrate on the topics and discussions that most interest them and they will have an opportunity to comment. Comments will be moderated by ETVOL’s CULTURE editor Lesley Newson and evolutionary blogger Mark Sloan, who first conceived of the series.

It all begins with Simon Blackburn, who recently retired as Bertram Russell Professor of Philosophy at Cambridge University. Simon combines an extensive knowledge of moral philosophy in general terms with a specific interest in morality from an evolutionary perspective. An outline of the interview is provided so that segments can be viewed in addition to the interview as a whole.

As the series develops, each person being interviewed will view the previous interviews and will then expand, comment on, or argue with the points made by other contributors. Thus the argument, and our knowledge of the evolution of morality will evolve on the internet where everyone who is interested in the topic can observe and perhaps participate.

Books by Simon Blackburn, including his most recent book Practical Tortoise Raising: And Other Philosophical Essays. Other books are mentioned during the interview.

Index of Simon Blackburn’s interview with links to the video

• Introducing Simon Blackburn, Bertrand Russell Professor of Philosophy at Cambridge University. He is interested in evolution’s relevance to morality and will be speaking at the Evolution of Morality Conference in Erice, Sicily June 17 to 22, 2012. http://www.youtube.com/watch?v=2DfMIIhTb74&t=00m01s to 1:45

o Morality is the system by which we put pressure, including coercive pressure, on ourselves and others to obey social rules. Morality also includes emotions such as sympathy and our culturally molded intuitions about right and wrong. http://www.youtube.com/watch?v=2DfMIIhTb74&t=1m45s to 7:55

o The two main secular moral philosophy systems are versions of 1) “the greatest happiness for the greatest number” (Utilitarianism) and 2) “follow moral rules rather than focusing on consequences” (deontological moralities, such as Kant’s “act only as you would will that would become a maxim that governs everybody”) . http://www.youtube.com/watch?v=2DfMIIhTb74&t=07m55s to 11:27

• What is the relation between religion and morality?

o Religion’s function is to provide cement for the power of the social group’s norms over the self-interest of the individual. Religion also identifies who is an insider and outsider. But morality does not come from religion http://www.youtube.com/watch?v=2DfMIIhTb74&t=20m45s to 25:20

• What is the relation of altruism to morality?

o If altruism is just a concern for other people, it is a wonderful thing, but might not be recognized by Plato – courage would be a much more prominent virtue. Morality also includes the obligation to follow the rules, which is not the same as altruism. http://www.youtube.com/watch?v=2DfMIIhTb74&t=25m20s to 30:50

• We sometimes define morality by actions but sometimes by intention because intention provides insight into how people will behave in the future. Someone who acts virtuously because doing so makes one feel good is still acting virtuously. http://www.youtube.com/watch?v=2DfMIIhTb74&t=30m48s to 37:15

• What is the role of intuition in morality?

o Philosophers worry a lot about the authority of intuition. Utilitarianism and deontology were proposed in part to get away from relying on the jumble of intuitions. What excites our passions and admirations are behaviors that increase the general good. http://www.youtube.com/watch?v=2DfMIIhTb74&t=37m15s to 40:40

• How did evolutionary theory affect moral philosophy in Darwin’s time?

o Some argued evolution shows conflict is inevitable, that morality is a fig leaf over our brutal natures, and we must teach morality in order to overcome our animal natures. But Darwin and others argued that between group competition can select for in-group morality in terms of cooperation, loyalty, and self-sacrifice, thus making morality a natural product of evolution. http://www.youtube.com/watch?v=2DfMIIhTb74&t=40m40s to 48:10

• What is the current view of how understanding morality as an evolutionary adaptation might affect moral philosophy?

o Variations of those opposing positions in Darwin’s time are still being argued such as by Dawkin’s characterization of genes as selfish, setting up the ‘problem’ of altruism. (Short backtrack to discuss Huxley.) Morality might be a product of multilevel selection or brain plasticity shown by our ability to devise and enforce social rules that better meet our needs. These rules can be more sophisticated than simple game theory strategies they resemble. For example, a lot of social morality is focused on making anti-social behavior more costly by punishments such as by preventing an anti-social person from participating in fitness enhancing ways of life. Morality is, as already mentioned, about more than altruism, it is about enforcing cultural norms. Also, groups are central to morality. http://www.youtube.com/watch?v=2DfMIIhTb74&t=48m10s to 52:39

• Does evolution change the definition of morality?

o No. Evolutionary theory tells us how we got to where we are; it should not tell us morality ought to be something else. Also, evolutionary morality may be consistent with between group conflict and even genocide which are starkly immoral by modern moral standards. So important aspects of morality stand apart from evolution. http://www.youtube.com/watch?v=2DfMIIhTb74&t=52m39s to 56:10

• Does evolution change the currency (driving forces) of morality?

o In talking about the effects of evolution, we have to be clear that human beings do not intentionally live for the purpose of “maximizing the number of our descents” or anything silly like that. In place of that, humans have biology based values and passions, such as lust, that were selected by their ability increase our reproductive fitness without any conscious intent to do so. But moving over to the currency of morality in particular, if human values and moral intuitions, such as about justice and equality, are the driving forces of morality, then no, evolution does not change them or any other of our rich set of motivations that bundled together make up our moral lives. However, evolution might tell us a lot about not only human values and moral intuitions, but about our emotional experiences of happiness and flourishing.. http://www.youtube.com/watch?v=2DfMIIhTb74&t=56m10s to 1:01:10

• Does evolution undermine the authority of morality?

o No. Secular moral philosophy divides into two camps, Realists say morality is a subject like mathematics. But would evolution necessarily evolve us to be moral? If not, then we might know nothing about morality. Anti-realists say there is no external subject matter about morality. Evolutionary theory meshes well with anti-realism and evolution might change people’s views in the realism versus anti-realism debate. http://www.youtube.com/watch?v=2DfMIIhTb74&t=1h01m10s to 1:08:20

• Moral philosophers like to systematize things to turn a jumble into a system but evolution is very jumble like. Could there be systemizations of morality as an evolutionary adaptation that would be inappropriate, for example, since evolution is historically contingent? How might evolution change how we systematize morality?

o Evolution might give an understanding of why systematizing of morality is an inappropriate idea. For example, liberty and equality – which one has priority? There is the evolution of a concern for equality but also the evolution of concern for liberty http://www.youtube.com/watch?v=2DfMIIhTb74&t=1h08m20s to 1:11:05

o Simon: There are human universals in the thin sense that there are sources of shame, pride, and guilt but the moral systems cultures produce can be very different. David: those are what I call the building blocks of morality, but what gets built can differ radically. Shocking as it might seem, there are no human moral universals! http://www.youtube.com/watch?v=2DfMIIhTb74&t=1h11m05s to 1:14:00

• Some philosophers have no interest in evolution. What might they say about understanding morality as an evolutionary adaptation?

o They might take the stand that they are interested in where we are now and what we ought to be doing, and not primarily interested in how we got to be here. But I regard evolution and understanding how our brains work as valuable to philosophy because it is no good advocating one or another sort of morality if that is contrary to something that is very deep within us. http://www.youtube.com/watch?v=2DfMIIhTb74&t=1h14m00s to 1:17:14