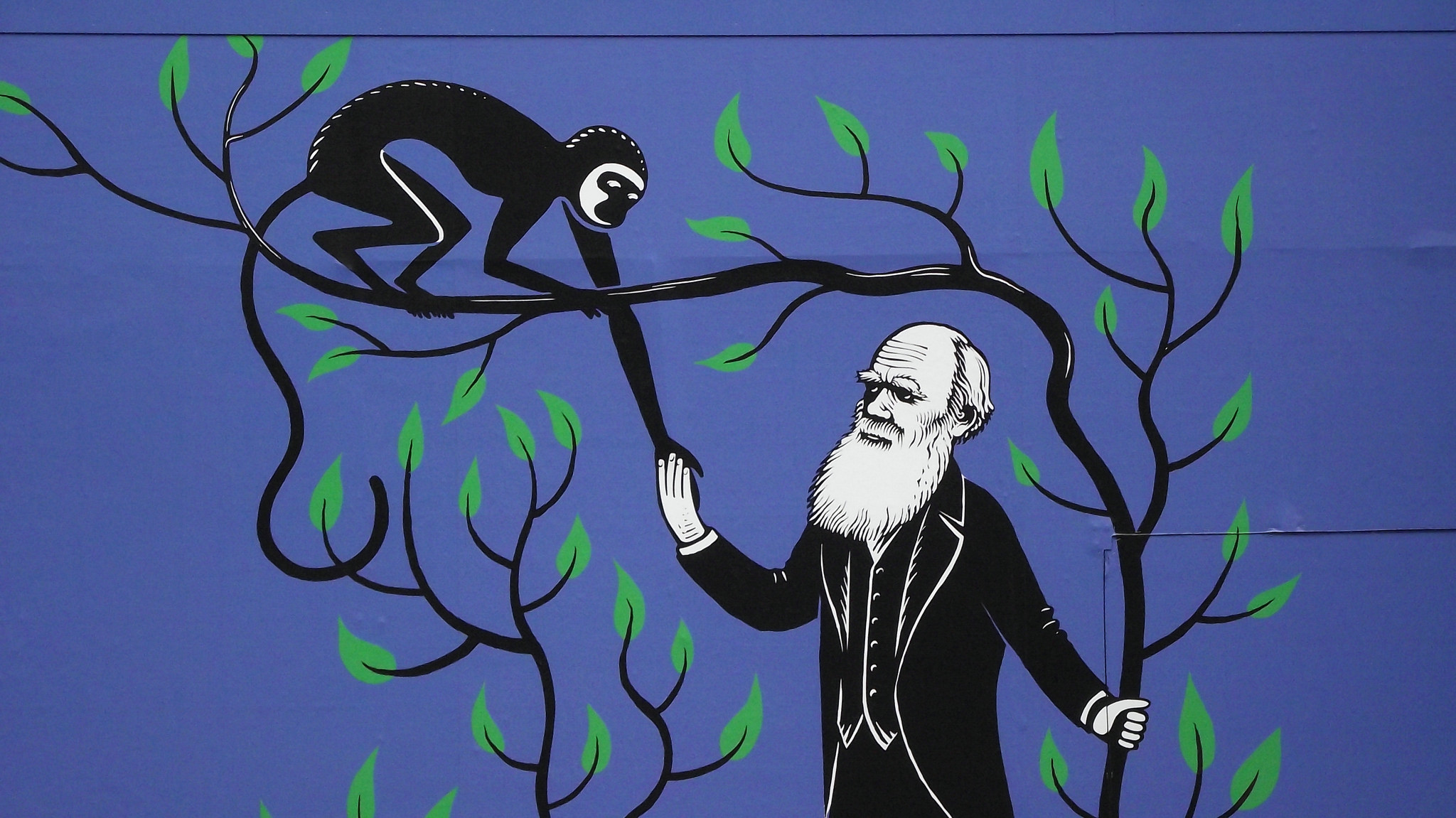 By Jason NiedermeyerFebruary 11, 2016 No Comments

It was 2010, I had just been named the “Evolutionary Educator of the Year”, and I was in Minneapolis to receive the award and the National Association of Biology Teachers Conference.

Richard Dawkins was at the event. Lucky for me, I got placed next to him at a dinner in his honor. I watched as others greeted him by his professional title, but when it was my turn, I said something to the effect of, “Nice to meet you Sir Richard,” because in the recesses of my mind, I recalled he had been knighted.  He asked me what I had done to receive the award, and I told him I thought it was for how I taught the concept of evolution.  He asked what I thought was special about how I taught.  I explained that I made it my goal to help students discover evolution before naming it. I had designed lessons that would help them understand the various sources of selective pressure and the genetic variations those pressures would act disproportionately upon, and I would do it without mentioning evolution until I had solidified their understanding through creativity and experimentation.

He paused for a moment to process what I had told him before asking, “Why don’t you tell them they’re learning about evolution?”  I told him that both my colleagues and I had experienced issues with students speaking out against the central tenet of biology the moment the word was mentioned. My method was a way to sidestep the issue.

He said if it were him, he would “throw them out.”  That made everyone at the table feel uncomfortable. I told him that I thought that would prevent the students from having the opportunity to challenge their beliefs[1].  I wasn’t avoiding saying the word evolution altogether; I was preparing my students to hear it, and then letting them in on the secret they had already learned.

Following our conversation, Dawkins gave a talk on how “Evolution is the new classic.” At the time, I was enrolled in a doctoral program in education and I had informed my advisor that I was set on investigating the best methods for teaching evolution. Dawkins’ message, that evolution could provide the kind of insight into what it means to be a human previously reserved for the humanities, changed all of that. Suddenly, I decided to change my dissertation topic to what does evolution suggest is the best way to teach?

I began by reflecting on the methods I use when teaching evolution.  I started with the idea that much of the trouble of teaching evolution derives from the fact that in the minds of students, it comes off as abstract.  Though it is happening all around them, and we might even be able to collect data on genetic change in local species, they don’t feel it affecting them. Consequently, I had devised a method by which students could physically feel the process of evolution.  To represent natural selection, I had them lay a blank piece of paper on their tables and place their hands on either side before pushing them together.  This process causes the paper to bubble upward, creating a reasonable facsimile of a curve of normal distribution.  Because I had used their heights to generate such a curve earlier in the year, I was able to revisit that knowledge using our new visual.  I invoked the idea of basketball try-outs and asked them about which side of the curve would be more likely to be cut.  Virtually every student identified the shorter athletes and I asked them to demonstrate what would happen to their curves.  Students instinctively pushed down on whichever side of their horizontal axis they assigned as “short” and they watched as the curve moved.  Following this discovery, I was able to explain that their pushing down on the height curves was a physical manifestation of selective pressure and that when selective pressure meets a curve of variation, natural selection is going to happen.  I then explained that the kind of natural selection we had just demonstrated is called “directional selection” and I proceed to have them place pressure on their curves to feel what “stabilizing” and “disruptive” selection do to their curves.

Once that groundwork has been laid, I have them watch an episode from one of Sir David Attenborough’s “Life” series (either the “Insect Hunters” from Life of Mammals or “Sophisticated Serpents” from Life in Cold Blood) and try to reverse engineer what type of selection happened as a result of the selective pressures on the critter.  It may seem that such an activity is likely to produce a good bit of directional selection, and this is true, but it still generates conversation about the various sources of selective pressure and how they may be pushing in opposite directions.  Additionally, in each episode there are vignettes that illustrate both stabilizing selection (e.g. the modern pangolin being quite similar to 50 million year-old fossils) and disruptive selection (e.g. snakes separating from lizards).

Before I heard Dawkins speak, I had assumed that this scope and sequence worked for reasons presented to me during my teacher education program.  I was moving from concrete to abstract and providing myself with many opportunities to formatively assess students (by pausing the video and having students show and explain to me how the selective pressure was likely affecting the populations being shown on the screen).  I also felt good about the series of activities because I remembered from my own time as a student that nothing perked up the class like animal videos, particularly those narrated by Attenborough.

Following my dinner with Dawkins I was driven to reflect upon why my teaching was effective—from an evolutionary perspective.  I started my investigation by questioning why there is an almost dogmatic adherence to teaching from the concrete to the abstract, at least within constructivist classrooms.  I discovered that brain scans on our primate relatives demonstrate that the use of physical tools can cause the brain to incorporate the object into its sense of its body.  Such an experience in a human makes the object a tool that a person can imagine using, thereby allowing him or her to develop a potential schema around its use1.  This development is facilitated by the primary heuristic for learning, trial and error.  Therefore, by having students concretely develop this tool for understanding that when pressure meets variation selection happens, and then having them experiment with applying it in various situations, I was facilitating their learning in a manner commensurate with their natural process of assimilation.

Further reflection made me realize that I felt compelled to model the practice before I set them free to experiment on their own.  I realized I was intentionally activating their inclination to mimic me that had been granted to them by their possession of mirror neurons.  I was serving as a master to their apprentice, a form of social transmission frequently utilized by indigenous cultures, non-human primates, and other large-brained social species2.

By using video clips narrated by the inimitable Attenborough, however, I was activating another, uniquely human impulse: the natural inclination to learn through stories3.  Whether it is the amazing photography, the melodic strings of the BBC orchestra, the cadence of Attenborough’s delivery or the information provided by it, the Life series has lent Sir David the air of authenticity necessary for students to become engrossed by the mini-narratives he spins4.  The emotional connection they feel enables students to route clips into their long-term memory, providing them with a virtual experience to which they can compare future experiences.

Through this process, students also become invested enough to generate stories that fill in the gaps between the concepts they have a developing understanding of (e.g. the types of selection) and the clips they have just observed.  They are utilizing a skill that began in toddlerhood, seeking to understand the causal relationship between what came before and what came after5.  It was at that moment that I realized that my goal during this microcosm of the whole unit—the one that brought me to the brink of using the term evolution—was to make students feel as if they were Darwin.

And it was for good reason.

Darwin himself had started from the concrete with regard to selective pressure: he and his family were selective breeders of pigeons and dogs.  He had spent much of his time at Cambridge apprenticing himself to Henslow, learning the ways of the naturalist before setting out on his own to collect local wildlife (famously including beetles).  He grew up hearing stories of life changing over time from his grandfather Erasmus and eventually read Lyell’s work on how the earth changed and Malthus’ concern for an overpopulated London.  Therefore, when Darwin set foot on The Beagle and they (finally) were able to weigh anchor, he was perfectly positioned to begin developing his own stories to explain why life does not look the same today as it did millions of years ago.

Darwin did, however, have two things my students didn’t: a ship navigated by a knowledgeable captain taking him to exotic locales and a conversational foil whose similarity of experience but differing perspective forced him to refine and tighten his own understanding of the world.  For Darwin, the two came in a single package—Robert Fitzroy.  For my students, ostensibly I was going to serve as both, albeit without a whit of experience using a sextant or the cozy confines of The Beagle’s officers’ dining room.  Therefore, I was forced to sub-contract the jobs, leaning heavily on Attenborough for the captain’s role in addition to scientific writing from the likes of Kenneth Miller, Sean Carroll, Jeffry Coyne, and Dawkins himself.  As for their conversational foils, I had the students use each other as sounding boards as they discussed topics ranging from scenarios most likely to cause speciation to occur in Orcas to how best to collect data that would allow them to create a phylogenetic tree for (replica) hominid skulls.

My role in this process is to organize the activities in a fashion that allows students to feel as if they are being allowed to make observations, develop hypotheses, test them, and compare their findings with others.  It is my hope that by effectively becoming their meta-Fitzroy, students are able to become mini-Darwins.  This aim became crystallized once I began thinking about teaching from an evolutionary perspective, and consequently I was able to refine my methods to ensure the greatest amount of student growth and understanding.

In this process, I had cast myself in the role of Darwin, but without my captain and foil, I would have been left on the dock, oblivious to the discoveries that a voyage might bring.  Therefore, I must thank Sir Richard Dawkins for being my Fitzroy.  The trip you took me on has changed the course of my life (and my students’ lives) forever.

[1] You can find Dawkins’ take on our conversation beginning at the 2:34 mark in this clip 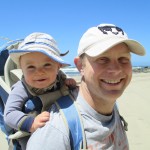 Jason Niedermeyer is a teacher at South Salem high school and an adjunct professor for Linfield College’s Education Department.  He is also the father of two boys (CJ and Ryan), a husband, and the coauthor of his college football coach’s autobiography, Figure It Out: How I Learned to Live in a Digital World Without Digits.