The Education Initiative is a long-term commitment to identifying and evolving more viable systems for healthy human learning and education.

Daniel B. Berch, Ph.D. is Professor of Educational Psychology and Applied Developmental Science at the University of Virginia’s Curry School of Education. He has authored assorted articles and book chapters on children’s numerical cognition and mathematical learning disabilities, has co-edited a special issue of Learning and Individual Differences on the topic of math difficulties and disabilities, and is senior editor of the book, Why is Math So Hard For Some Children? The Nature and Origins of Mathematical Learning Difficulties and Disabilities. For the past several years, Dr. Berch has been working on the implications of evolutionary theory for educational research and practice, publishing a book chapter on instructing evolved minds and giving an invited talk on the emerging field of “EvoEdu” at Evolution Institute’s 2008 workshop on childhood education. Among other honors, he has received the NIH Award of Merit, was elected Fellow of the American Psychological Association’s Division of Experimental Psychology, and served as an ex officio member of the U.S. Department of Education’s National Mathematics Advisory Panel.

David C. Geary received his Ph.D. in developmental psychology in 1986 from the University of California at Riverside and from there held faculty positions at the University of Texas at El Paso and the University of Missouri, first at the Rolla campus and then in Columbia. Dr. Geary served as chair of the Department of Psychological Sciences from 2002 to 2005, as the University of Missouri’s Middlebush Professor of Psychological Sciences from 2000 to 2003, and is now a Curators’ Professor and Thomas Jefferson Fellow. He has published more than 230 articles and chapters across a wide range of topics, including three sole-authored books; Children’s mathematical development, Male, female: The evolution of human sex differences (now in second edition), and The origin of mind: Evolution of brain, cognition, and general intelligence as well as one co-authored book, Sex differences: Summarizing more than a century of scientific research. He served as a member of the President’s National (U.S.) Mathematics Advisory Panel and Chaired the Learning Processes subcommittee, is a recipient of a MERIT award from the National Institutes of Health, and was appointed by President G. W. Bush to the National Board of Directors for the Institute for Education Sciences, among other activities and distinctions.

Dennis D. Embry, Ph.D. is the CEO/president of PAXIS Institute in Tucson, Arizona, co-investigator at the National Center on Early Adolescence in Oregon, and co-investigator at the Center on Prevention and Early Intervention at Johns Hopkins University. His work on prevention of health, safety, substance abuse, violence and mental illness among children has been featured in national media such as the Today Show, Good Morning America, Life Magazine, People Magazine, the New York Times, the LA Times, the Associated Press and others. He has been a policy and program consultant for very diverse organizations on child and family issues, from Sesame Street to the Pentagon, from state governments to foreign governments, from foundations to corporations. Dr. Embry and PAXIS have prevention and research projects in Arizona, Maryland, Wisconsin, Kansas, Oregon, Washington, Maine, Florida, Pennsylvania, West Virginia, Ohio, California, Texas, Virginia and various Native American sites. His recent prevention work focuses on low-cost evidence-based kernels and behavioral vaccines. 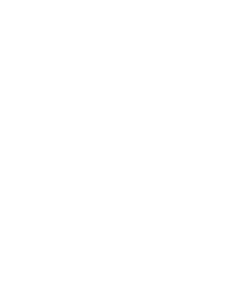 David Bjorklund is a Professor of Psychology at Florida Atlantic University. He currently serves as Editor of the Journal of Experimental Child Psychology. His books include The Origins of Human Nature: Evolutionary Developmental Psychology (with Anthony Pellegrini), Origins of the Social Mind: Evolutionary Psychology and Child Development (edited with Bruce Ellis), Why Youth is Not Wasted on the Young: Immaturity in Human Development, Child and Adolescent Development: An Integrative Approach (with Carlos Hernández Blasi), and Children’s Thinking: Cognitive Development and Individual Differences, now in its fifth edition. He received a Ph.D. from the University of North Carolina at Chapel Hill in Developmental Psychology. In addition to his professorship at FAU, he has been visiting professor at Max Planck Institute for Psychological Research, Munich, Germany; University of Georgia, and Emory University.

We would also like to thank the following researchers for their invaluable input: