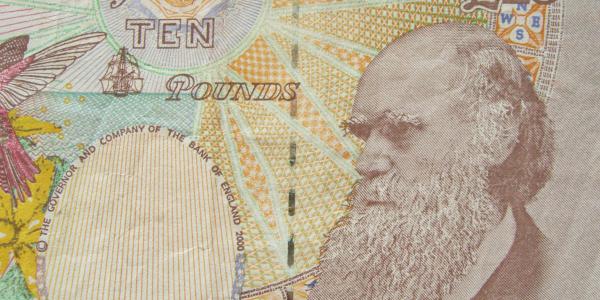 The EI’s focus on economics from an evolutionary perspective (Evonomics) started with the economic collapse of 2008. EI President David Sloan Wilson wrote a proposal to the National Science Foundation’s National Evolutionary Synthesis Center (NESCent) to organize a conference titled “The Nature of Regulation: How Evolutionary Theory can Inform the Regulation of Large-scale Human Society”.  The proposal was funded and the conference took place in 2009. It was followed by a series of four workshops over a two year period funded by NESCent under their “working group” rubric, which resulted in a 2013 special issue of the Journal of Economic and Behavior Organization (JEBO) titled “Evolution as a General Theoretical Framework for Economics and Public Policy”.  Wilson also published an important article with economist John Gowdy titled “Human Ultrasociality and the Invisible Hand: Foundational Developments in Evolutionary Science alter a Foundational Concept in Economics”, which was published in 2015 in the Journal of Bioeconomics.

As Wilson was organizing the conference in 2009, he also started a collaboration with Nobel laureate Elinor Ostrom, which lasted until her death in 2012.  Their article in the JEBO special issue titled “Generalizing the Core Design Principles for the Efficacy of Groups” integrates Ostrom’s “core design principles” approach to studying the efficacy of groups with multilevel selection theory. Wilson also organized a workshop with Ostrom titled “Rules as Genotypes in Cultural Evolution”, which took place in 2012 and resulted in a special issue of the Journal of Bioeconomics.

Building upon this momentum, Wilson and EI Vice President Peter Turchin worked with Germany’s Ernst Strungmann Forum to organize a forum titled “Complexity and Evolution: A New Synthesis for Economics”, which was held in February 2015. Ernst Strungmann Forums bring 44 experts together for a five-day period and result in a volume published by MIT Press.

In addition to rethinking economics at highest levels of academia, the EI also assisted in the launch of Evonomics.com, which reports “the next evolution of economics” to a wide audience. The founding editors are EI associates Robert Kadar (who was also the founding editor of This View of Life).  Evonomics.com has experienced spectacular success during its first year, reaching a circulation of over 350,000 page views per month and discussed by prominent members of the economic and policy community.  This is an example of the EI’s “Science to Narrative Chain” communication strategy, which connects the most recent and authoritative science to content accessible to mass audiences and diverse public policy communities.

The EI’s focus on economics has also expanded in the direction of business and management. Wilson was offered a visiting faculty position at New York University’s Stern School of Business in 2013, where he co-taught a course with Jonathan Haidt and Geoffrey Miller and helped to organize a conference titled “Darwin’s Business: New Evolutionary Thinking about Cooperation, Groups, Firms, and Societies”, which was held on October 8 2013.  Wilson and his graduate student Melvin M. Philip also collaborated with Thomas F. Kelly and and Xiugian Chen from Binghamton University’s School of Management in a study of Benefit Corporations, which resulted in the EI Report titled “Doing Well by Doing Good: An Evolution Institute Report on Socially Responsible Businesses”.  The same team is continuing this research with a survey of businesses that will explore the relationship between the “core design principles” pioneered by Elinor Ostrom and the financial and social goal performance of business corporations.

During the next three years, the EI will continue to work on three fronts: