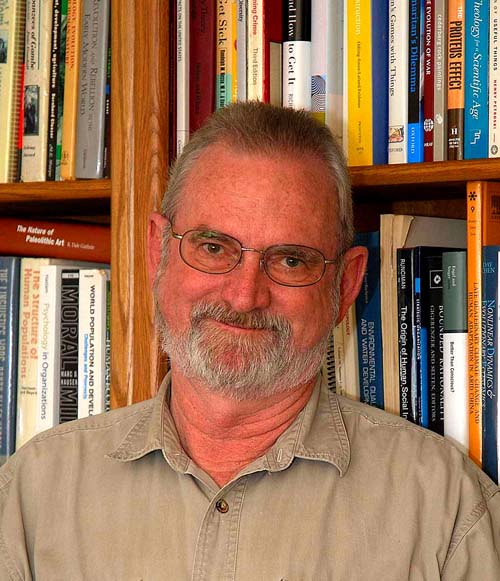 Peter J. Richerson is a Distinguished Professor Emeritus in the Department of Environmental Science and Policy at the University of California—Davis. His research focuses on the processes of cultural evolution. His 1985 book with Robert Boyd, Culture and the Evolutionary Process, applied the mathematical tools used by organic evolutionists to study a number of basic problems in human cultural evolution. His recent books with Boyd includes Not By Genes Alone: How Culture Transformed Human Evolution, an introduction to cultural evolution aimed at a broad audience and The Origins and Evolution of Cultures, a compendium of their more important papers and book chapters. His recent publications used theoretical models to try to understand some of the main events in human evolution, such as the evolution of the advanced capacity for imitation (and hence cumulative cultural evolution) in humans, the origins of tribal and larger scale cooperation, and the origins of agriculture. He and his colleagues also investigate cultural evolution in laboratory microsocieties.