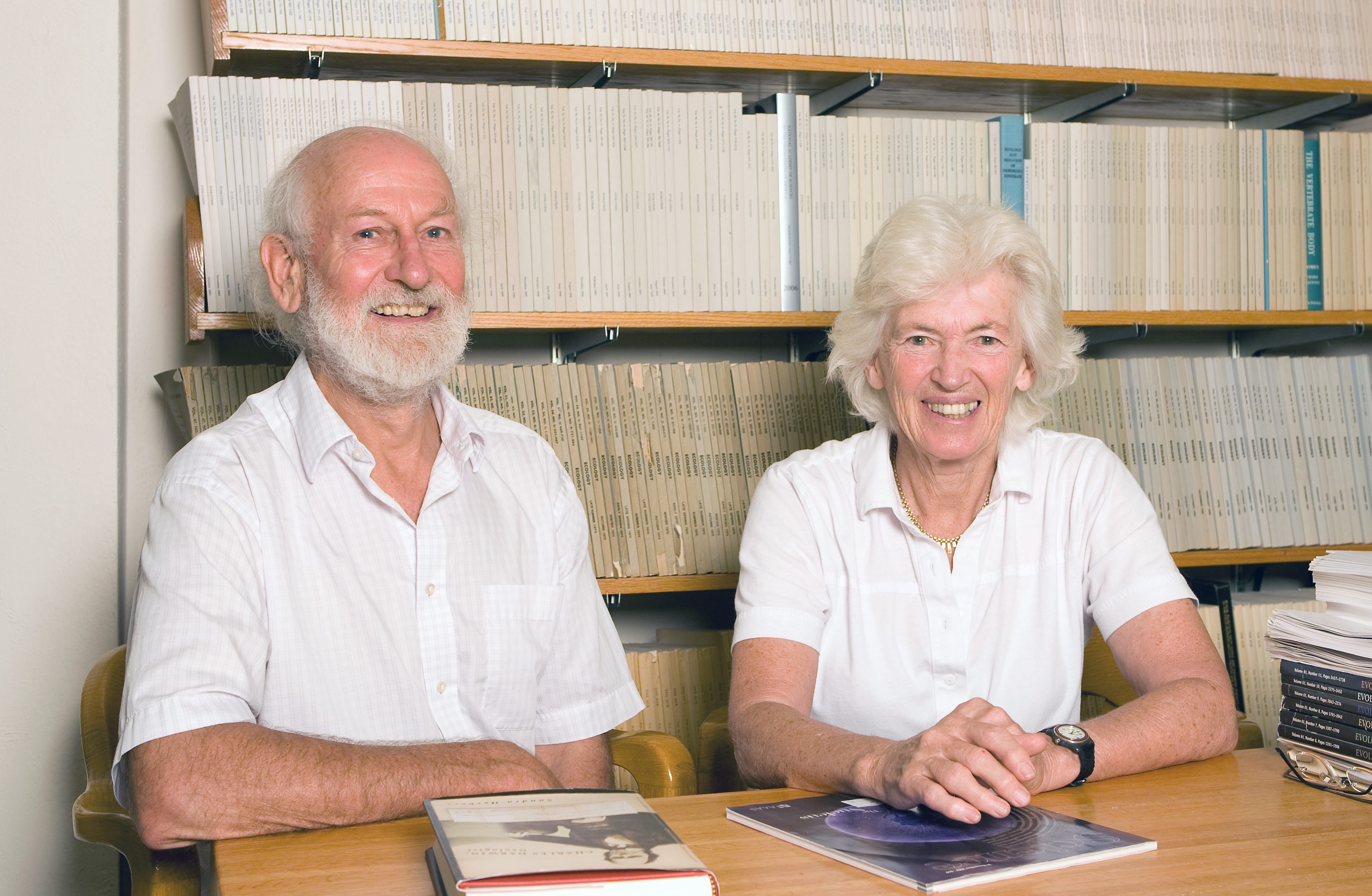 Peter and Rosemary Grant have been studying Darwin’s finches on the Galápagos islands since 1973. The fieldwork is designed to understand the causes of an adaptive radiation. It combines analyses of archipelago-wide patterns of evolution with detailed investigations of population level processes on two islands, Genovesa and Daphne. The work is a blend of ecology, behavior and genetics. They have collaborated with other investigators to estimate phylogenetic relationships among the species of finches and their relatives on the continent and in the Caribbean, and to identify the molecular mechanisms involved in the development of beaks that vary so conspicuously among the species. The research has been published in four books, most recently “How and Why Species Multiply” (2008) and “40 years of Evolution” (2014), both published by Princeton University Press.