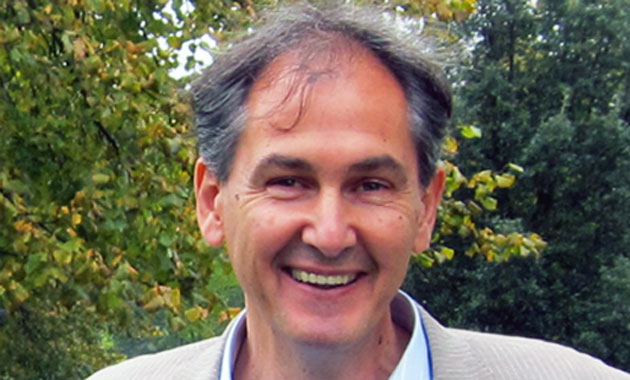 Mark Pagel builds statistical models to examine the evolutionary processes imprinted in human behavior, from genomics to the emergence of complex systems — to culture. His latest work examines the parallels between linguistic and biological evolution by applying methods of phylogenetics, or the study of evolutionary relatedness among groups, essentially viewing language as a culturally transmitted replicator with many of the same properties we find in genes. He’s looking for patterns in the rates of evolution of language elements, and hoping to find the social factors that influence trends of language evolution.

At the University of Reading, Pagel heads the Evolution Laboratory in the biology department, where his work raises questions in the philosophy of biology, mind and language and explores such questions as, “Why would humans evolve a system of communication that prevents them from communicating with other members of the same species?” He has used statistical methods to reconstruct features of dinosaur genomes, and to infer ancestral features of genes and proteins.