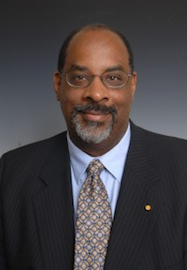 Dr. Joseph Graves, Jr. research concerns the evolutionary genetics of postponed aging and biological concepts of race in humans, with over sixty papers and book chapters published, and had appeared in six documentary films and numerous television interviews on these general topics. He has been a Principal Investigator on grants from the National Institutes of Health, National Science Foundation and the Arizona Disease Research Commission.

His books on the biology of race are entitled: The Emperor’s New Clothes: Biological Theories of Race at the Millennium, Rutgers University Press, 2001, 2005 and The Race Myth: Why We Pretend Race Exists in America, Dutton Press, 2004, 2005. A summary of Dr. Graves’s research career can be found on Wikipedia, and he is also featured in the ABC-CLIO volume on Outstanding African American scientists. In November 2007, he was featured in the CNN Anderson Cooper 360 program on Dr. James Watson.