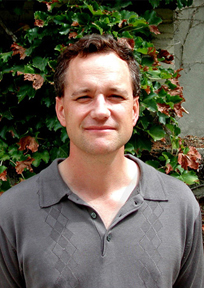 The underlying theme in most of my research is understanding how a limited stock of innate ideas can be recombined and customized to generate the kaleidoscopic variety of human cultures.

First, I am working on some new approaches to the study of kinship. I am interested in how people think about kinship, which means investigating how the bewildering profusion of kinship terminologies around the world may generated by a few (possibly innate) universals of social cognition. And I am interested in how the anthropology of kinship relates to the biology of kinship, which means investigating what the biologists’ theory of kin selection looks like when modified to accommodate the human aptitude for cooperation and moral behavior.

Second, I am interested in race and racial categorization in Brazil. Brazil is often presented as sharply contrasting with the United States, with a rich vocabulary for describing race, racial mixture, and somatic variation, and no sharp lines drawn between the categories of black and white. My current fieldwork joins ethnography and experimental methods to investigate how far Brazilians’ underlying ideas of races, essences, living kinds and the inheritance of race really differ from those of U.S. Americans.