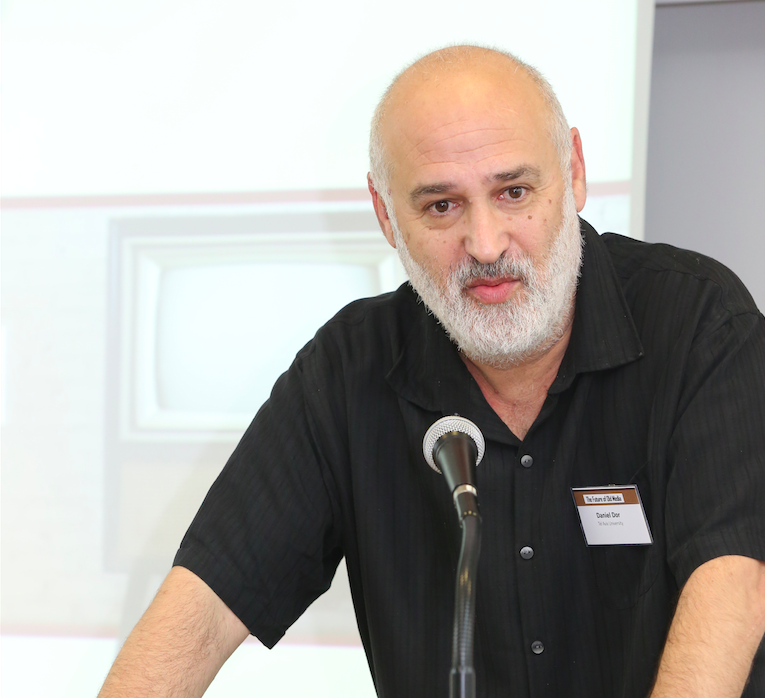 Daniel Dor, a linguist, media researcher and political activist, received his Ph.D. in Linguistics from Stanford University (1996). He is currently head of the Dan Department of Communication, Tel Aviv University. Dor is the author of The Instruction of Imagination: Language as a Social Communication Technology (OUP, 2015) – a new theory of language and its evolution as a socially-constructed communication technology, designed by cultural evolution for the specific function of the instruction of imagination. The evolutionary model presented in the book has been developed in collaboration with Evolutionary Biologist Eva Jablonka. Dor has also written extensively on the role of the mass media in the construction of political hegemony. His (2004) Intifada Hits the Headlines: How the Israeli Press Misreported the Outburst of the Second Palestinian Uprising (Indiana University Press) was elected by Choice Magazine as Book of the Year in Communication. In 2011, together with Lia Nirgad, Dor founded the Social Guard, an NGO that maintains a constant civic presence in the Israeli Parliamenet (the Knesset).