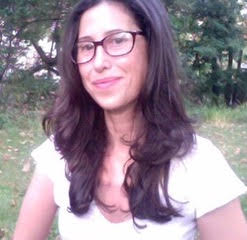 With philosophy and developmental psychology degrees from Columbia University, Alice Andrews teaches psychology and evolutionary studies at the State University of New York at New Paltz. She is a founding member/council member of the Applied Evolutionary Psychology Society as well as the founder and former editor-in-chief of The Evolutionary Review: Art, Science, Culture. She serves on the Executive Board of SUNY New Paltz’s Evolutionary Studies program, as well as on the Editorial Boards of Evolutionary Behavioral Sciences and EvoS: The Journal of the Evolutionary Studies Consortium. Alice is also the founder and former editor of Entelechy: Mind & Culture and her novel Trine Erotic (evolutionary fiction) was republished for its 10th-year anniversary in 2012 (Codhill Press).

In addition to her academic pursuits, Alice’s latest project is Sacred Naturalism. She also has a passion for the rights of nature and served on the Environmental Conservation Commission in the Village of New Paltz for 4 years. She is the founder of the group Mothers & Others United to Shut Down Indian Point as well as the founder of Beyond Pesticides in Ulster County. She currently serves on the Village of New Paltz Board of Ethics and was recently endorsed by the Humanist Society as a Humanist Chaplain.

Singing is another passion; Alice is the founder of The Hudson Valley Vocal Improv Collectiveand The Biophony Project, and was the improvisational singer in Clear Light Ensemble for a time. She’s done backup vocals on various albums, including Baba Brinkman’s Rap Guide to Consciousness.