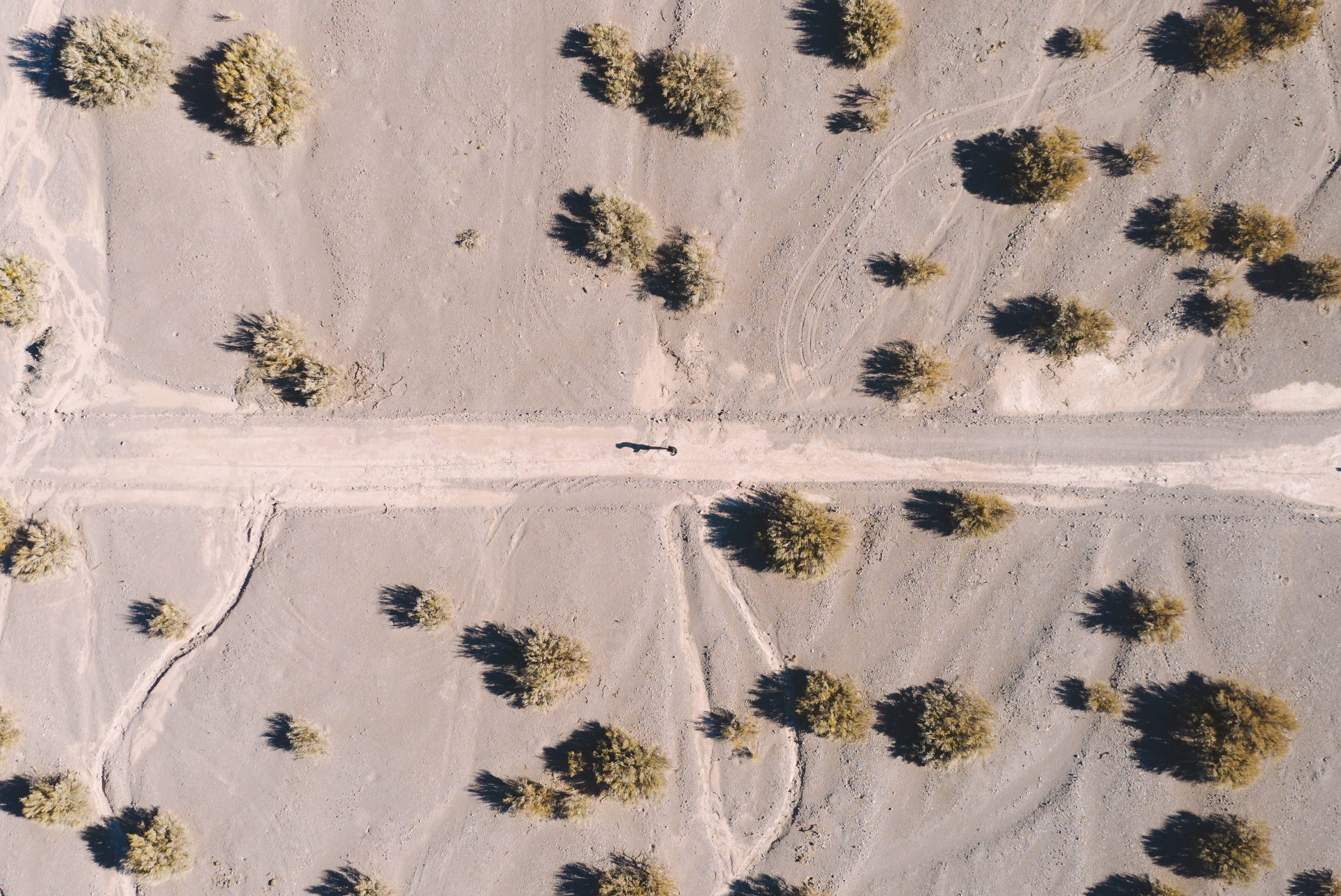 Climate change is the quintessential Tragedy of the Commons1 problem of our time. We are collectively exploiting the world’s resources and producing pollution and greenhouse gases beyond critical limits while ignoring the likely consequences. Climate disasters are already happening year on year, and we may already have crossed critical tipping points2 that will send the climate into a state beyond which there can be only limited remediation. The refusal of the rich and powerful to live within planetary boundaries3 is bringing about the greatest denial of justice in the history of humanity. The likely results include starvation, mass migration and even wars.

This continues despite the fact that the majority of the public now sees climate change as a major threat, as revealed in a 2021 UN Global poll of 1.2 million people in 50 countries.4 Two-thirds considered climate change to be a global emergency, with the USA at 65%, Australia at 72%, and the UK at 81%.

This essay explores the reasons for this disconnect between attitudes and action and attempts to identify cultural strategies that may offer solutions.

First, let’s consider our evolutionary history. Evolution cannot foresee the future, but every change is based upon relative survival, at a particular time and place. When our early ancestors climbed down from the trees and began to exploit the savannah, natural selection favored retaining the ability to make rapid decisions when faced with danger or opportunity. It also encouraged procreation, competition, and consumption of resources, alongside other instinctive and social behaviors.

During the Pleistocene, our brains were upgraded by changes that enabled our ancestors to leave more descendants, largely as a result of expansion in the cerebral neo-cortex. Evolution is glacially slow and our rise is recent, so our psychology suffers from evolutionary ‘mismatch,’5 whereby the shadows of the past still influence our behavior.6

Our ancestors prospered because they developed new skills, capitalizing upon new opportunities. Modern Homo sapiens emerged some 50,000 to 100,000 years ago with enhanced skills in copying, giving rise to language, social intelligence, teaching, and learning.7

Altruism too, was a product of natural selection involving language and social intelligence, its selection enhanced by multilevel selection, with competition at the level of groups or tribes.10 Altruism, however, is generally circumscribed by an obsession with ‘fairness’ and discrimination between ‘them’ and ‘us’, presenting problems when we must plan for the distant future, or cooperate beyond the local tribe.

So although we may now be extraordinarily intelligent, we are not always rational, simply as a result of our evolutionary journey.11 Our decision-making often involves emotional reasoning, using ‘gut instinct’, which we then justify by rational thought.12 Our cognition is also subject to a myriad of biases affecting our judgment.13 For example, we tend to discount the future, follow our in-group, and collect evidence to justify our pre-existing opinions. We are further limited by our poor comprehension of large numbers and exponential growth, as became obvious during the COVID-19 pandemic.

Perhaps counter-intuitively, even intelligence has been a double-edged sword, promoting the transition from hunter-gatherer to improviser, and the ‘progress’ that followed. Technological advances like agriculture around 10,000 years ago made surpluses possible; people began to live in towns and cities, to specialize, trade with other groups, and have larger families. Whilst this satisfied the evolutionary imperative of increasing population, it heralded poorer diets, more disease, and greater social stratification.

Cities became centers of civilization, and trade eventually led to global mercantilism. After the Dark Ages, the Enlightenment in Europe revived logic and reason, resulting in the Industrial Revolution in the 18th century. With industry super-powered by capitalism, the exploitation of resources, and the use of fossil fuels, it grew exponentially. However, in the 1850s, two scientists, Eunice Foote and John Tyndall recognized that CO2 produced by combustion could potentially cause a greenhouse effect.14 Even when James Hansen delivered his warning to the US Senate in 198815 the world continued to suffer from collective myopia.

In the 19th century, political systems loosely modeled on Athenian democracy or the Roman Republic emerged as favored political ideologies, giving voters the opportunity to participate in the life of their society. Democracy and capitalism, working together, successfully improved living standards in the Western world, and corporations and plutocrats grew richer. Then in the 1980s in the UK and the USA, conservative politics packaged privatization, deregulation, and free-market policies as neoliberalism, which became widespread. The existential risks we now face are largely a consequence of neoliberalism, capitalism and partisan politics, super-charging growth, greed, and short-term self-interest.

It is time to re-think the fundamentals of democracy and economics to address existential threats and to quieten the partisan rage that is currently tearing the US apart. True political representation disappeared with the advent of political parties, particularly in systems lacking preferential voting, a view supported by A.C. Grayling.16 We currently ignore the fact that the majority of voters sit in the political center,17 and are poorly served by our current system. Similarly, the rights of future citizens and people beyond our borders are rarely considered. Perhaps solutions require movement away from the adversarial jousting between left- and right-wing ideologies, and to seek consensus, and meaningful representation for all.

Extreme political partisanship has stymied climate change over the past decades; politicians are strongly committed to their particular world-view and, in the absence of strong moral leadership, the result is a cynical appeal to the voter’s hip-pocket nerve, and a field of vision extending only as far as the next election.

Furthermore, politicians and the public alike largely lack the specialist knowledge necessary to comprehensively understand climate change. Many are also unwilling to use critical thinking, and instead are swayed by emotive reasoning, favoring short-term interests, profit, and, in the case of politicians, re-election.

Think Tanks and popular movements have suggested democratic models that might better solve problems like climate change, including National Unity Government,18 Eco-socialism,19, Citizens’ Assemblies or Juries,20 or Direct Democracy.21 However few have addressed how a new model could be introduced.

Similarly, our economic system, encouraging growth as measured by GDP, is compounding the problem, by treating ecosystems and social wellbeing as externalities. Alternative models for an economy based on indicators other than GDP,22 for a non-growth economy,23 for decoupling growth from emissions,24 for a Green New Deal,25, and for Doughnut Economics26 are all worthy of consideration.

If these political and economic models are all a bridge too far, decisions on global, long-term issues like climate change and indeed, the nature of democracy itself, could be made by a Government-sponsored independent Council for the Future27 that includes experts in science, economics, political theory, foreign policy, international law, psychology, and ethics. They could design policy on solving climate change, which could then be put before the government or a Citizens’ Assembly for a conscience vote.

Climate policy would be at arm’s length from politics, much as happens with the Federal Reserve in the USA and the Reserve Bank of Australia with respect to monetary policy. Consensus would encourage long horizons and continuity of policy, provide certainty for business, save billions of dollars, and facilitate international negotiations.

It is apparent that our focus should not only be on solving climate change, but should also address other planetary boundaries, and perhaps even democratic renewal, but in every case, we need the means of transitioning from an unsatisfactory system to a better one that focuses on our strengths, and mitigates against our psychological shortcomings.

Making such a controlled transition, without conflict, is the greatest challenge for all these policies. A possible strategy involves proposing a Council for the Future as part of an election platform. The public is keen to see progress on ‘wicked problems’, and could well support a party that proposes such a policy. We may be altruistic, but our genetic and cultural heritage dictates that none of us want to bear an unfair share of the burden. This strategy may still allow us to secure a safe future for our children.

[10] Sober, E., and D. S. Wilson (1999) Unto Others: The Evolution and Psychology of Unselfish Behavior, Harvard University Press.

[19] What is Ecosocialism?” System Change, Not Climate Change, URL: https://systemchangenotclimatechange.org/ecosocialism

[23] Jackson, T. (2016) Prosperity Without Growth: Foundations for the Economy of Tomorrow. Published by Routledge.

[27] Camakaris, H. (2019) A Council for the Future Could Break Australia’s Climate Paralysis, The Conversation, May 15, 2019. URL: https://theconversation.com/a-council-for-the-future-could-break-australias-climate-paralysis-117185

This article was originally published on This View of Life Magazine on March 9, 2021. To read the original article, you can visit their website. 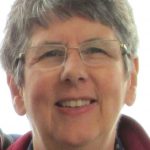 Helen gained her Ph.D. in 1975 and worked as a Senior Research Scientist in the Department of Microbiology and Immunology at the University of Melbourne, Australia. She studied the regulation of gene expression in bacteria and archaebacteria, which aligned with her interest in evolution. She retired in 2008 to pursue her interest in the nexus between evolutionary psychology, sustainability, and climate change, and has been studying and publishing articles in this area for the past ten years. Her articles have appeared in Meanjin Quarterly, The Conversation, Cosmos Magazine, New Internationalist, and Kosmos Magazine, and can be found online under Notes on her Facebook Page.

Facebook Page: ‘The Climate Conundrum, with Helen Camakaris’ at https://www.facebook.com/h.camakaris/