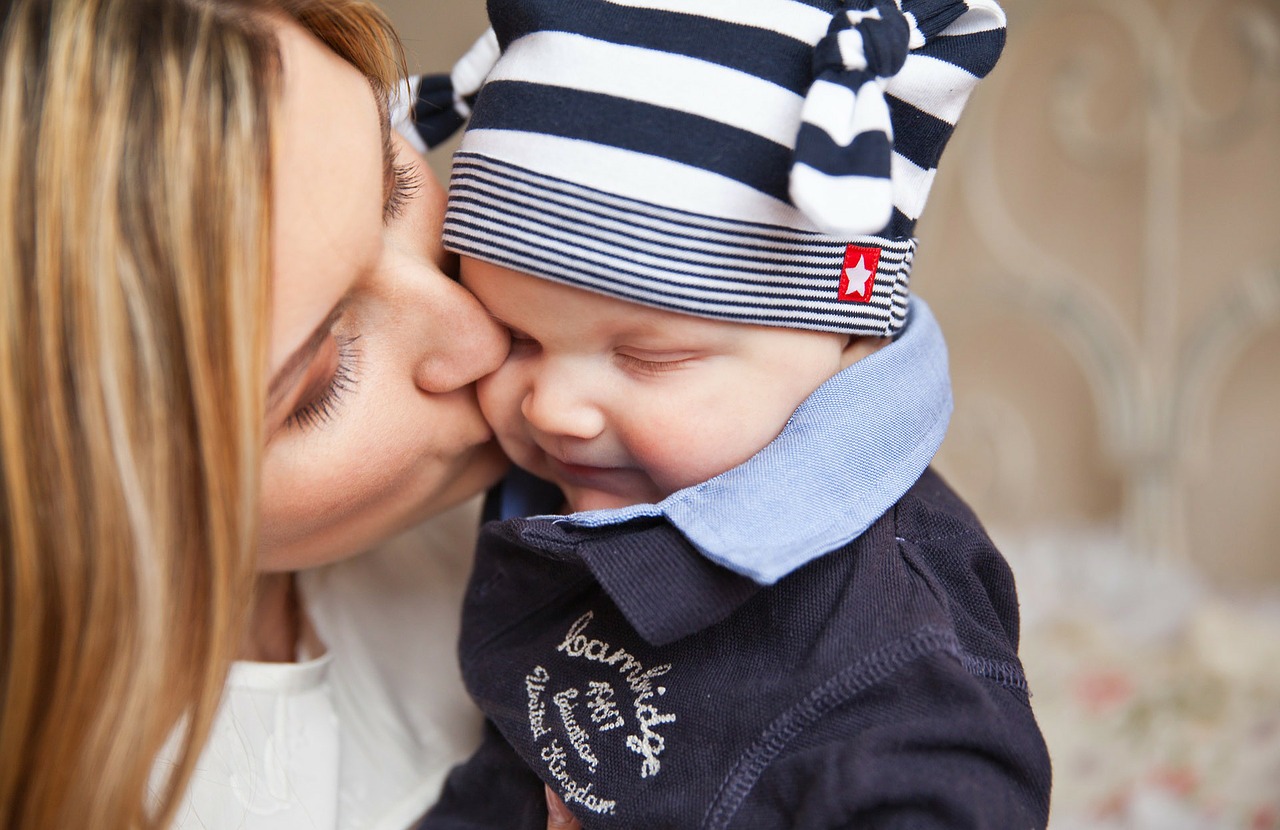 Evolution Shows Us That Nurture & Love Are Fundamental To Mental Health

The evolutionary perspective shows that human nature is not fixed but vulnerable and responsive to the environment, even in fetal life. Experiences of trauma and neglect in most species of animals can affect life history, leading to more aggressive behavior, higher morbidity, and shortened life expectancy. Humans are no less affected.  Blaming the victims of poverty, racism, neglect, abuse and violent trauma for their own life outcomes actually excuses us from any deeper examination of the real vulnerabilities of our own nature. It is thus helpful to explore the kind of evolutionary forces that brought these characteristics into our genome.

We can look at experiments with other animals, like rats, and monkeys, and find evidence there of the importance of loving and gentle attention. All mammalian mothers spend hours after the birth licking their newborns. If this does not happen, bonding fails, and often the infant fails to thrive. In many species of mammals, infants are strongly influenced by their paternal as well as maternal genes, suggesting that mate choice is of great significance in outcomes during later life of the offspring in ways we are only beginning to understand. Epigenetic changes that regulate gene expression may be a legacy of childhood trauma which can be passed down from mothers and/or fathers; in fact it may influence gene expression for generations. Even stress experienced by the mother can cause epigenetic changes in her unborn child.

Studies on wild animals appear to confirm the idea that long-term, chronic stressors can truly decrease your mental acuity. For example, a recent study on wild-caught guppies showed that those used to stress make a lot more mistakes in cognitive challenges compared to the relatively relaxed fish.

In orphaned baby animals, even a few minutes of stroking and gentle physical contact makes all the difference to their survival. In human infants, the effect is the same, but the need for contact is much greater. Premature babies grow faster if they are given gentle stroking. As with other infants born very underdeveloped, like marsupial mammals, or baby bears, who must be carried close to the body of their mother in their first months of development, human children appear to need a longer physical contact and assurance of security and nurturance than many other mammals, like foals and lambs, who arrive in the world ready to stand and run, and to begin to interact almost immediately, as new members of a social group.

Human babies, like kangaroo’s joeys, are not ready for that. However, unlike the marsupial infant which spends most of its time attached to a teat and asleep, the human baby feeds in regular and intense intervals, and increasingly spends some time bonding – especially in face to face orientation – with its caretaker.. and in fact with, often, many persons other than the mother. Human infants are normally born into a family group, and early on fixates on the faces of these people.

Left alone, or left unattended when it is feeling fearful, a human infant has one of the most incessant and irritating wailing cries of any mammal, and this should be a clue about how important it is for the parents to respond quickly. Indeed, there is now evidence that failure to respond – just to let the child cry – can cause brain damage. This has lifelong effects, and good care as well as trauma show up years later. This is even true of the bonding with the human fathers with children. In humans, perhaps more than in other species, the zone of safety created for the infant by the warmth of parental nurture is protective of later health and as well as of cognitive function.

It is also clear that even if the prenatal experience of the child was not good, due to stresses experienced by the mother, good parenting can lead to recovery and good outcomes. That is how important it is.

The effects of a failure of this attentive bonding through touch and facial communication, was made horrifically clear within the last centuries, through the mute testimony of the death rate in orphanages throughout the industrializing world, and by the clear emotional damage evident even among the survivors.

People underestimate the amount of indignant rage a child experiences. They also do not often realize that children as young as three and four will be almost uncontrollable and even dangerous if they have a history of severe neglect or abuse. For example, as reported by the Washington Post last year, an adopted 4 year old girl who had been abused as a baby and was very violent had to be kept in her room under guard after she had threatened to kill the other children in the family. The adoptive family couldn’t manage the child. This is not an isolated case.

Human children react with frustration and anger when they are faced with injustice, and even very small babies will react aggressively when frightened and under stress. This suggests that these are normal evolved responses, an emotional reactivity that arises from our long exposure to selection pressure in favour of vigorous egalitarian tendencies. an evolutionary perspective suggests a link between the aggressive explorative and assertive behaviour of two year olds and the feelings that fuel courage and resistance in the face of bullying or tyrannical unfairness in adult life. The “egalitarian” syndrome appears to have evolved along with a much longer childhood, so perhaps toddlers come by their temper tantrums honestly, and their behaviour is not really an attempt to manipulate adults. Play among young children, especially conflicts during play, teach control of aggression. This certainly appears to be the role of “play-fighting” in other species. Humans are not born bad – or good -they are born and develop with very strong reactions to certain kinds of interactions with others, and especially to assert individual rights in the face of perceived unfairness, but these behaviours also often arise from the desire for inclusion. Perhaps this is why parenting and other adult supervision is so vital in young children.

When the child’s own aggression is met with painful punishment from an older person, then they learn to use aggression to dominate others. This can lead a child to become more violent rather than less so as they grow up. Physical punishment, especially harsh punishment, appears to interfere with the child learning to regulate his own rage. Most violent juveniles and adult violent criminals have a long history of aggressive behaviour, and many have been severely punished, shaken, and exposed to fighting and violence as small children.

So, children, born to be prosocial, just, brave, loving, trusting, kind, helpful, and generous, can be turned into selfish, nasty, destructive, hate filled, and even murderous creatures with no capacity to love or empathy. All it takes is a cultural system that teaches that giving pain is a sign of love, that morality must be punitive and unyielding, and that transgressions of even the most minor kinds are to be met with the most ferocious of punishments

“We need to think of violence itself as a communicable disease. We have kids growing up exposed to terrible trauma. We did a study some years ago, looking at [violence risk] among people with serious mental illness. The three risk factors we found were most important: first, a history of violent victimization early in life, second, substance abuse, and the third is exposure to violence in the environment around you. People who had none of those risk factors ― even with bipolar disorder and schizophrenia ― had very low rates of violent behavior.

Abuse, violence in the environment around you ― those are the kinds of things you’re not going to solve by having someone take a mood stabilizer.”

The above was a statement made, in an interview, by Dr. Jeffrey Swanson, a professor in psychiatry and behavioral sciences at the Duke University School of Medicine, and one of the leading researchers on mental health and violence. Autistic adults have also testified about the effects harmful effects of bullying.

Poverty, abuse, trauma, racism are all environment al factors that can actually damage a child’s DNA, even shortening the very stuff that keeps that DNA from unraveling, thus reducing their life span. These are all effectively things that trigger the stress response, and to continual triggering leads to hormonal feedback loops for sudden unprovoked and often lethal aggression.

All of this new data suggests that people in nation states, in particular those who are in higher income groups and elites, have misunderstood these vulnerabilities. Misunderstanding promotes mythologies that cite “lack of impulse control” and low IQ as the CAUSE of the very behaviors and life circumstances that actually result from them, especially use of drugs and alcohol. This kind of thinking actually reverses the causal arrow: for what the data show suggests that it is poverty and adversity that cause the biological damage; it hurts developing brains, increases the incidence of depression, substance abuse, and often shortens life expectancy. Misunderstanding of how our human nature has evolved brings societies to the point where punitive measures to control violence and drug abuse actually make it it worse.

The need for love and nurture is great, and key in creating a childhood that makes humans happy and productive throughout their lives. As film maker James Redford recently said, “Our core concern in making Resilience was to popularize the dangers of chronic stress on the developing child. It’s a sad reality. It’s also a health crisis with health-based solutions waiting in the wings. However, as I got to know the teachers, researchers and pediatricians working to protect children from this toxic stress, I realized that the secret ingredient was institutionalized love and compassion and the teachers, researchers and doctors that populate Resilience are living examples of that.’ ”

Protection of children from abuse and neglect is the single most important priority of our species, and possibly the key to ending war and genocide, according to UNICEF.

What if it were to become common knowledge that there are ways of overturning the essentially loving and egalitarian nature of humans? Would it also be more apparent that there are cultural practices capable of creating potentially violent, cogntively impoverished, and unhappy human beings? An evolutionary perspective applied to our understanding of human beings provides yet more encouragement for countries to treat all their citizens according to internationally agreed upon universal human rights. Let us try cultural evolution, and see if we can do away with poverty, injustice, war, and genocide.