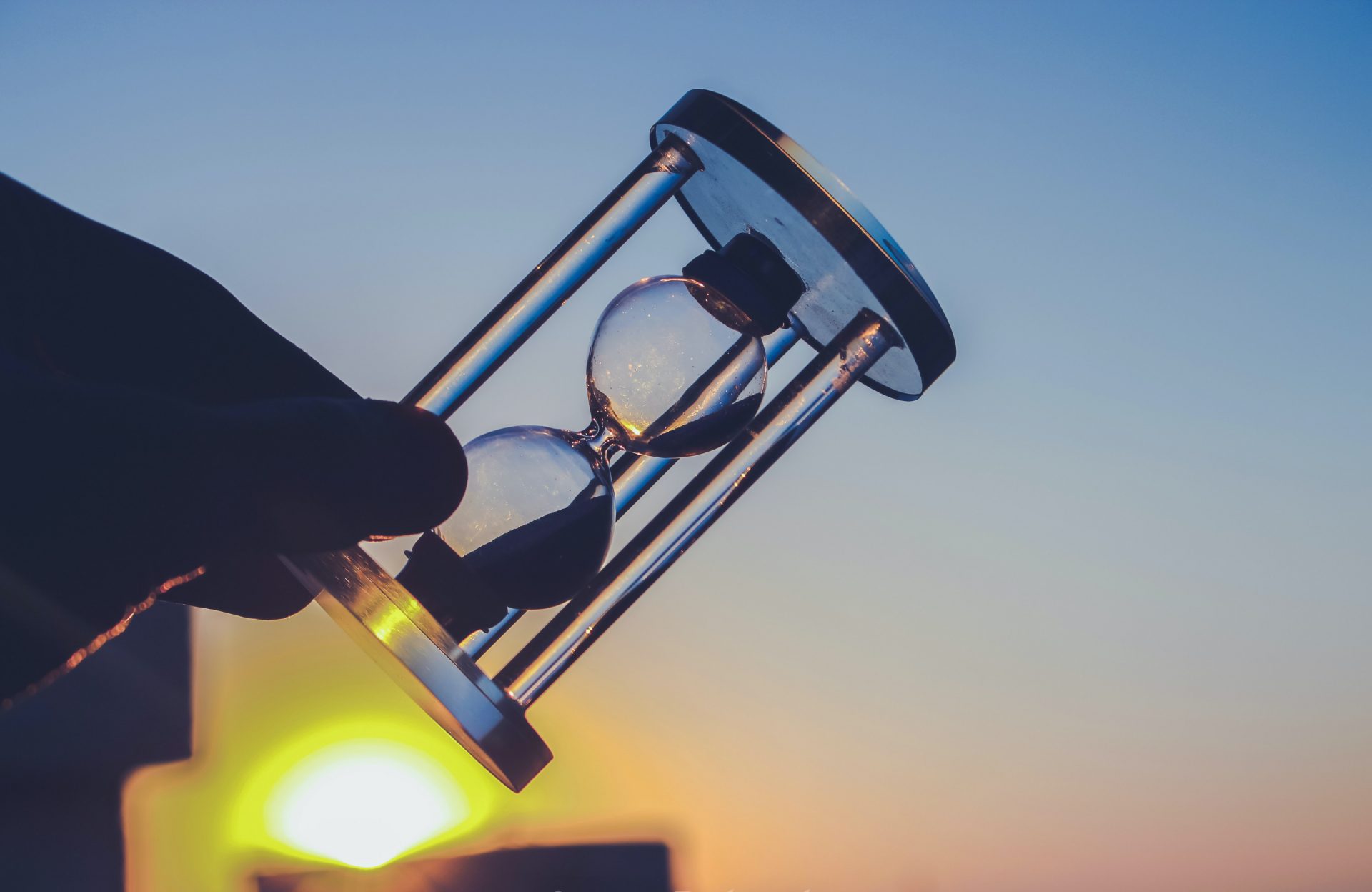 This article first appeared in TVOL Magazine. You can find the original article here.

One of my favorite criticisms of the economics discipline is this:

… [Economics] provides an outstanding example of the “you can’t get there from here” principle in academic cultural evolution. It will never move if we try to change it incrementally.1

This criticism comes not from an economist, but from an evolutionary biologist — David Sloan Wilson. My advice to an aspiring (evolutionary-minded) economist is to remember Wilson’s words: you can’t get there from here.

Here’s what I mean.

If you learn economics as it’s taught in most universities, you’ll find it difficult to think in evolutionary terms. The reason is simple. Mainstream (neoclassical) economics treats humans as asocial animals — ‘self-contained globules of desire’.2 Unfortunately, this asocial model is wrong. Looking at human evolution, it’s clear that we’re a social species. Actually, we’re more than that. Humans are the most social of all mammals. Our group-forming ability is rivaled only by the social insects (ants, bees, wasps, and termites). Humans, in short, are ultra-social.3

Because mainstream economics treats humans as asocial, it’s a thought barrier to doing evolutionary science. As such, my advice is to not learn economics as it’s taught in most universities.

Never heard of phlogiston? That’s because it’s a long-abandoned theory. In the eighteenth century, scientists proposed that combustion was caused by the release of a fire-like substance called ‘phlogiston’. The problem was that nobody could detect this mysterious element. Instead, scientists discovered oxygen. And so phlogiston theory was abandoned in favor of the oxygen theory of combustion.

were not) abandoned. So if you’re an aspiring economist, skip the phlogiston theory. Skip Economics 101.4

So what is an aspiring (evolutionary-minded) economist to do? I recommend finding a safe space to learn economics outside a traditional economics department. There are a few options.

One option is to study at a ‘heterodox’ economics department. (Here’s a list of such departments.) Heterodox departments are open to pluralist ideas and generally skeptical of neoclassical theory. These departments may not explicitly teach evolutionary ideas, but if you adopt an evonomics approach, you probably won’t encounter pushback.

Another option — one that I chose — is to learn economics in an interdisciplinary department. I studied in the Faculty of Environmental Studies at York University (Toronto). Students and professors in the department came from many different academic niches. I found the interdisciplinary environment both safe (for unorthodox ideas) and stimulating.6

Here’s what I like about interdisciplinary programs. First, they’re designed to be open. You can usually take courses from any department. (I took courses in ecology, sociology, and political science, among others.) Second, you’ll be around people with diverse ideas. Budding economists need to interact not only with other social scientists, but with biologists, ecologists, and other natural scientists. In an interdisciplinary program, you can do so daily. That stops you from getting stuck in an academic ‘silo’.

That being said, interdisciplinary training also opens new doors. There are a growing number of interdisciplinary programs where you could teach evonomics. And outside academia, the general public hungers for new economic thinking. For the past forty years, public discourse has been dominated by individualistic dogma. There has never been a greater need to remind people that humans are a social species and that we’ve evolved to be so.

One of the beautiful things about evolutionary thinking is that it’s both majestic and practical.

Let’s start with the majestic. Humans are a social species — that much you probably know. But do you know the evolutionary history of our sociality? It extends deep into our past — far beyond what you might think. The evolution of sociality starts not with social animals like ourselves, but with social cells. Your body is not a single entity, but rather a group of cells that have evolved to cooperate. All multicellular organisms are similar — an evolved group of cooperating cells.

We can go deeper still. Your cells are composed of social organelles. Eukaryotic cells (like yours) are the result of an ancient merger of social prokaryotes. One prokaryote became the cytoplasm and nucleus. The other became the mitochondria — the cell powerhouse. Going still deeper, these organelles are composed of social molecules that somehow (at the dawn of life) managed to ‘cooperate’.7

Human sociality, then, is part of a long social lineage among life on Earth. Organisms that were once autonomous started to cooperate in groups. Sometimes these groups became so coherent that we think of them as ‘individuals’. It’s a story that has repeated countless times over a billion years. And humans are part of it. When I study economics, I try to keep this majestic history in mind.

What about practical problems? Perhaps surprisingly, the deep history of sociality is of practical importance. All social animals — whether human or otherwise — must solve a basic problem. For groups to succeed, group members must act prosocially. The problem is that within groups, it’s usually best for individuals to act selfishly. Among social animals, then, there’s a clash between individual interest and group interest. David Sloan Wilson and E.O. Wilson call this clash ‘the fundamental problem of social life’.8

Successful social animals have all solved this fundamental problem. They have suppressed self-interest (at least to some degree) and promoted prosociality. The question is how?

Back to you, the aspiring economist. Do you marvel at the deep history of our evolved sociality? Do you also want to improve humanity’s lot? If so, the economics discipline needs you. Help move the field beyond its obsession with individualism. What awaits you is not fame or fortune, but the satisfaction of making the world a better place.

[1] Wilson, D. S. (2011). The Neighborhood Project: Using Evolution to Improve My City, One Block at a Time. New York: Little, Brown & Company. [2] ‘Globules of desire’ is political economist Thorstein Veblen’s mocking term for the economic model of human behavior. See Veblen, T. (1898). Why is economics not an evolutionary science? The Quarterly Journal of Economics, 12(4), 373–397. [3] Humanity’s ultrasocial nature is a hot topic of research. See Turchin, P. (2016). Ultrasociety: How 10,000 years of war made humans the greatest cooperators on earth. Chaplin, Connecticut: Beresta Books and Wilson, E. O. (2012). The Social Conquest of Earth. New York: WW Norton & Company. [4] It’s not just renegades like myself who compare economic theory to ‘phlogiston’. Nobel prize-winning economist Paul Romer also made this analogy. See Romer, P. (2016). The trouble with macroeconomics. The American Economist, 20, 1–20. [5] For a satire of life in a (mainstream) economics department, see Leijonhufvud, A. (1973). Life among the econ. Economic Inquiry, 11(3), 327–337. [6] Students of evonomics take note: York University, together with McGill University and University of Vermont, is currently hosting the Economics for the Anthropocene graduate program. It aims to give an economics education that connects the ecological and economic realities of the Anthropocene.) [7] The deep history of sociality is often called the ‘major transitions in evolution’. See Smith, J. M., & Szathmary, E. (1997). The Major Transitions in Evolution. Oxford University Press. For an interpretation of these transitions using the theory of multilevel selection, see Okasha, S. (2005). Multilevel selection and the major transitions in evolution. Philosophy of Science, 72(5), 1013–1025. [8] Wilson, D. S., & Wilson, E. O. (2007). Rethinking the theoretical foundation of sociobiology. The Quarterly Review of Biology, 82(4), 327–348. [9] For research on how human groups suppress selfishness and promote altruism, see Wilson, D. S., Ostrom, E., & Cox, M. E. (2013). Generalizing the core design principles for the efficacy of groups. Journal of Economic Behavior & Organization, 90, S21–S32. 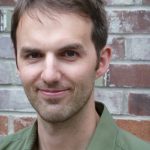 Blair Fix is a political economist based in Toronto. His first book, Rethinking Economic Growth Theory From a Biophysical Perspective, was published in 2015.

The Nordic Third Way: A Conversation with Nina Witoszek and Atle Midttun