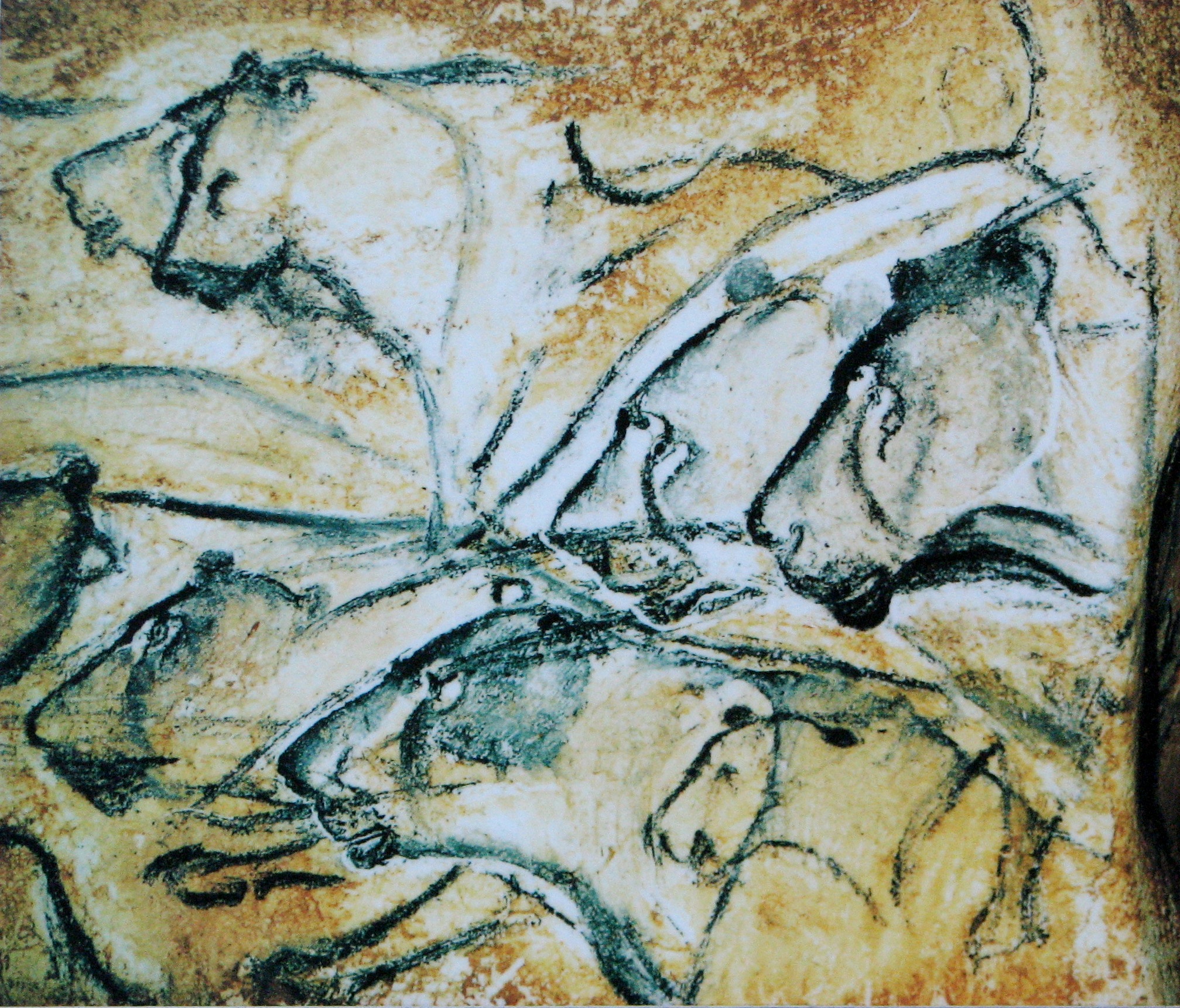 Was Territoriality Important in the Pleistocene?

I’m quite skeptical of the idea that territoriality is a part of our genetically evolved social psychology. Rada Dyson-Hudson and Eric Alden Smith wrote a classic paper in 1978 on territoriality in humans in which they pointed out that at least some hunter-gathers who live in sparse or variable environments do not find it worthwhile to defend territories. The Western Great Basin Shoshone, for example, did not even defend piñon groves, the nuts of which were their main winter staple, because the nut yield of groves fluctuated dramatically and unpredictably from year to year. Territoriality was much more marked in the more humid, more densely settled Aboriginal California compared to the Great Basin.

If we imagine that our innate social psychology evolved in the Pleistocene, we have to infer what Pleistocene environments were like and ask whether they were likely to favor territoriality. Paleoclimatologists have produced a reasonably high resolution picture of last glacial cycle climates (125,000 to 11,500 years ago), paleoecologists can tell us something about the animal populations and plant communities, and archaeologists know a lot about western Eurasia and increasingly about Africa (Hofreiter and Stewart 2009). Geneticists can roughly reconstruct the demography of the period. The deeper Pleistocene record is more poorly known but the best high resolution cores cover 4-8 glacial cycles. Pleistocene climates, particularly glacial climates were highly variable and apparently became increasingly variable at millennial and submillennial scales over the last four – eight 100,000 y glacial-interglacial cycles (Richerson and Boyd, 2013). Genetic evidence suggests that populations of Europe and Africa were on the order of tens of thousands during most of the last glacial after 50,000 ya (Atkinson, et al. 2008), though South and South-East Asia seems to have been roughly ten times as populous. Before 50,000 ya human populations in Africa either went through a bottleneck with numbers on the order of a few thousand at the minimum or hominin populations were chronically rare before 50,000 ya. The genetic estimates agree roughly with guesstimates that archaeologists have made for Europe in the last glacial (Bocquet-Appel et al. 2005). Neandertals seem to have been even rarer than Upper Paleolithic Anatomically Modern people. This compares to on the order of 200,000 hunter-gatherers that lived in California at the eve of European conquest. Late Pleistocene humans seem to have been big game hunting specialists, whereas Holocene hunter-gatherers seem to have become progressively more adapted to use plant resources even when they did not evolve agriculture. The frequently territorial hunter-gatherers of the ethnographic record may be very misleading as regards the Pleistocene situation.

Low-density populations can experience what ecologists call the “Allee Effect” named after Warder C. Allee, an American ecologist active in the first half of the 20th Century (Courchamp, Clutton-Brock, & Grenfell 1999). At low enough densities, the usual competitive effects of density on population grow rates will change sign. Mates become hard to find, the protection against predators afforded by herds or troops fails, and so forth. Humans specialize in cooperation and in using culturally transmitted technology and social institutions that might have been difficult to sustain at very low densities (Kline and Boyd 2011). The switch from simpler Middle Paleolithic to more complex Upper Paleolithic may have resulted from the increased density and/or better connectedness of populations after 50,000 ya (Powell, Shennan, & Thomas 2009). One possibility is that the uptick of high frequency, high amplitude climate variation that also occurred about 50,000 ya helped humans better compete in the crowded top carnivore guild filled with the big cats, hyenas, dogs, wolves, and bears of the time. Human adaptation by cultural means is swifter than adaptation by genetic changes (Richerson and Boyd 2013). The onset of especially high frequency, high amplitude climate may have been analogous to Br’er Fox throwing Br’er Rabbit into the briar patch.

One possible scenario is, thus, that humans experienced the Allee Effect until after the Last Glacial Maximum around 20,000 ya. Small parties of hominins pursued ephemeral patches rich in game and other resources in an environment that was often highly dynamic. Plant and animal distributions might seldom be in equilibrium with the current climate. Other human groups would be an important resource more than competition. From them, a group could acquire mates, swap information about distant regions, cooperate in drive hunting projects, acquire the latest technology, and trade for resources like marine shells and high quality toolstone. This situation would be somewhat analogous to the one facing the Western Shoshone. Territoriality would not have been adaptive.

Some scraps of data, besides the population size estimates above, support this scenario. Neandertals acquired raw materials quite locally compared to Upper Paleolithic people (Klein 2009) and one well-sequenced Neandertal genome was highly inbred (Prufer et al. 2014). Archaic hominins might often have lived in small and isolated groups family groups. The population increases of Anatomical Moderns after 50,000 ya may still have been insufficient to bring them into the range of population sizes experiencing negative density dependence. The two major stylistic traditions of the west Eurasian Upper Paleolithic, the Aurignacian and the Gravettian, were similar over very large areas, as if they were one ethnic group with free circulation of bands from the Atlantic to the Urals and from the glacial margin to the Mediterranean (Klein 2009:Fig 7.25), something like the Western Shoshone on a continental rather than regional scale. Holocene hunter-gatherers, who were often territorial, have symbolic differences marking ethnicity on a much smaller scale. Dale Guthrie (2005), a Pleistocene paleoecologist with an artistic bent, analyzed a very large corpus of Pleistocene cave art and compared it to the ethnographically known parietal art of South Africa and Australia. The Pleistocene art is remarkably free of depictions of collective violence and defensive weapons compared to ethnographically known traditions in the Holocene. Many of the cruder images in Pleistocene caves seem to have been the work of adolescent boys. Hunting and sexual themes, but not warrior themes, are present in it. The graffiti of contemporary adolescents is rich in depictions of war. Guthrie finds it hard to imagine that UP adolescents were warriors-in-training to defend territories and yet did not depict warrior themes in their graffiti.

Conceivably, genetic predispositions for territoriality could have evolved in the latest Pleistocene and Holocene. Increased population densities and an increasing reliance on plant-rich diets seems to have led to a wave of genetic evolution at this time (Hawks et al. 2007). However, the facility with which people can culturally evolve social institutions suggests that cultural adaptations for territoriality would be the dominant process.

I hope I have sufficiently stressed here how uncertain our reconstructions of hominin evolution in the Pleistocene still are. Progress over the last two decades has been impressive, beginning with high resolution ice and ocean cores showing the dramatic variation in last glacial climates. In the last few years, genomic data from fossils and living humans is beginning to give us glimpses into Pleistocene demography and evolution. Archaeological work in Africa has begun to reveal how Anatomically Modern people evolved many modern behaviors before our increase in population and range expansion out of Africa 50,000 years ago. Long term studies of the few remaining hunter-gatherer societies have yielded important new insights. Over the next two decades we can look forward to a much higher resolution record. Today’s hypotheses, if our rank current speculations deserve that sobriquet, are liable to seem naïve in retrospect. In the meantime we can hope that they help alert us to what to look for in the evidence as it emerges. 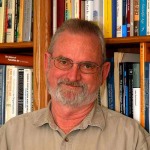 Honors and Awards: Guggenheim Fellow, 1984; J.I. Staley Prize of The School of American Research (with R. Boyd) for contributions to the human sciences, 1989. Proclamation of Commendation, Lake County CA Board of Supervisors, 2001. Elected Fellow, California Academy of Sciences, 2006. South African Academy of Science Lecturer for 2006. Elected Fellow, American Association for the Advancement of Science, 2007.