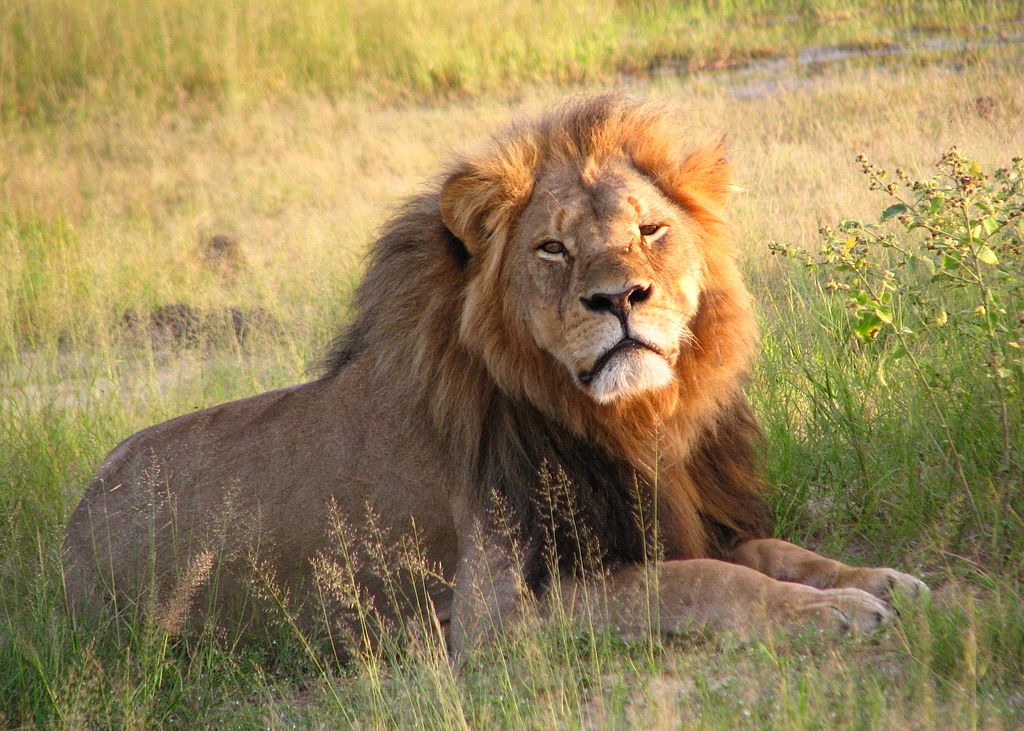 Divided We Fall: The One Culture, the Next Generation, and 21st Century Challenges

After decades of debate on the seemingly irreconcilable differences between C.P. Snow’s “Two Cultures” of the sciences and humanities, David Sloan Wilson suggests that we are now seeing real signs of the barriers being broken down. In their place, we are seeing the emergence of a united, “One Culture”, in which any and all disciplines can be united around a common framework of understanding. Not least, the study of evolutionary heritage and change—in both its biological and cultural manifestations—has huge importance and implications for our understanding and theorizing about human thought, behavior, and our interactions with each other and our environment. I am greatly honored that David highlighted my book laying out an evolutionary theory of the origins of religion (often considered a no-go area for science) as one of the four examples of such a merging of disciplinary approaches. Reading the commentaries on David’s essay so far, there are clearly more battles to be fought. However, rather than entering the fray directly, here I want to draw our attention to another front opening up on the horizon—a different set of battles that, to win, the Two Cultures will have to bury the hatchet and face together. In doing so, I think we will be forced to leave the Two Cultures behind, as well as discovering that the One Culture is the way ahead.

Last week, I attended one the most interesting meetings of the year. It was the “Cecil Summit”, an emergency meeting in Oxford bringing together biologists, conservationists, economists, political scientists, and social entrepreneurs to knock their heads together to work out how to solve an urgent problem: saving the African lion from extinction. “Save”, you might wonder? It is not well known that, in comparison to widely publicized campaigns to conserve rhinos and elephants, for example, there are even fewer African lions remaining than these other iconic species. They have declined at an alarming rate across most of their range, now down to a mere 10% or so of its historical distribution, and precariously fragmented across the parks and dwindling habitat of several different countries.[1]

The conference was hosted by Oxford’s Wildlife Conservation Research Unit (WildCRU)[2], and its high-energy director David Macdonald. “Cecil” was the name of one of WildCRU’s GPS-collared study animals whose death last year, at the hands of a Minnesotan dentist armed with a bow and arrow, was widely reported around the world. WildCRU’s and Oxford’s websites experienced the highest volume of traffic in the university’s history. In the wake of this public outcry about the untimely death of a majestic lion, the conference was designed to ask how we could take this “Cecil moment” of widespread public interest into a “Cecil movement”—a sustained commitment to reverse the decline of the African lion and preserve its heritage for the future.

Now what of the One Culture debate? The problem of the Cecil Summit was, quite clearly, not a problem of biology. It is a problem of people, and the interaction of people and their environment. The lion biologists present rattled off an impressive synopsis of lion studies that have been conducted across Africa for many decades. They know all about lions, track many of their daily movements from satellites, and know in great detail a range of methods to conserve them. The difficult part is implementing these methods of saving the lion from extinction in the face of a burgeoning and rapidly developing human population that needs space to expand and land to grow food. The burning question put to the conference was thus how to preserve what is, for those communities who live alongside them, a dangerous predator and livestock rustler in a continent with the highest levels of poverty and a population set to double from 1 to 2 billion in the next 50 years. As became strikingly clear, this is simply not a question that scientists are able to tackle on their own. Without the input of representatives of the other, non-science culture, they will fail. Like many of the significant challenges we face in the 21st century—biodiversity loss, climate change, energy, poverty, managing food and water resources—science is “only” the background info we need in order to make informed decisions. The tricky part comes next: getting from scientific ideas to policy that politicians can sell and people will accept.

I suggest that the many global challenges that we are being forced to tackle, by merging science and policy, will in themselves help to break down the barriers between the Two Cultures. Indeed, they must if they are to succeed. This suggests a different take on the One Culture debate. The reconciliation of hardened ideologies about the relative values of science and arts may not happen within the academy. Indeed, academics have many reasons to resist it, especially as science departments inexorably expand while many social science and humanities departments are suffering severe decline. There is tangible real estate that must be defended if it is to survive. Rather, I see the One Culture forming somewhere else—at the coalface of real world challenges where disciplinary defenses have long been cast aside in the service of solving practical problems.

The One Culture also has another significant source of vitality: a new generation of soldiers. The global challenges outlined above are not in fact going to be solved by us—the ageing academic cadre who grew up with the sociobiology and post-structuralist debates of the 70s, 80s, and after. Instead, these challenges are going to be solved by the students coming up through the system now, students who as far as I can tell are far less resistant to interdisciplinary thinking than their forebears have been before them. For them, the world is a dynamic and interconnected place, where disciplinary approaches and tools of analysis are much more visibly merging and intersecting. This should be no surprise with the internet, social media, globalization, and the increasing sophistication of analytical methods across all disciplines. While the next generation still understand and appreciate fundamental differences in philosophical backgrounds and methodological approaches between the arts and sciences, to me they seem far more interested in taking the good bits of both worlds and using them to be creative in the pursuit of new challenges.

I may be biased (or lucky) with the students I know. But the ones I have here in Oxford are often way more interdisciplinary than me, in their thinking, their educational backgrounds, and their aspirations. Several of them have moved across departments, and across faculties, within and across universities. If we in the older generation have been testing the boundaries of the Two Cultures in recent years, these youngsters often seem to stampede across them with reckless abandon. I’m not sure they would even recognize the Two Cultures problem as we do. While David rightly calls us to rethink and celebrate signs of the One Culture emerging out of the Two, I wonder if we may be merely charting the tail end of an old debate—a debate that happened to be particularly important to our generation, but one that is on a path to extinction. It will no doubt remain a subject of academic interest for some time to come (and thus by definition, not of particular interest to the average global citizen), but I suggest it will partly become superseded by events and urgent demands of the day. If we are to tackle such complex problems such as climate change, poverty, terrorism, and war, then we will not only need to involve “both” cultures, but to renounce them.

The One Culture is not merely a vision of how academia could or should join forces to produce a more unified framework for understanding the world and our place in it. Rather, my argument is that creating One Culture is going to become an absolute necessity if we are to address and solve the many lethal challenges to the planet and its inhabitants in the future. As populations expand and resources dwindle, every major problem is accumulating a significant and complex human dimension. Workable solutions require strategies that take into account history, religion, psychology, politics, culture, identity, the arts, and numerous other human concerns as much as science. The scientists cannot deal with these multifaceted problems alone, but will need help from people from both of the Two Cultures tribes. Of course, interdisciplinary teams have long been important in addressing big problems, from public health and international development to urban planning and space exploration. But the scale and urgency of such complex problems, especially at the global level, is making interdisciplinarity a more common and much more pressing need.

David highlighted the utility and value of stepping outside disciplinary boundaries. I strongly endorse this and, in this article, merely tried to identify two new sources driving the change: global challenges that demand a One Culture approach, and a next generation of scholars and practitioners that bear all the hallmarks of belonging to One Culture already. Having lauded this change, I should caution that the Two Cultures “problem” is still very much an obstacle to achieving it. Because of the severe demands on young academics to publish, find jobs, and gain tenure, there are many reasons to retrench into one of the two cultures and play it safe. One Culture may be “good for the group” (humanity), but there can be costs to individual self-interest in waving the flag too high (interdisciplinary scholars falling between the disciplinary cracks). Although I have enjoyed and benefitted immensely from traversing disciplinary boundaries, I have increasingly observed a variety of back-room resistance and sometimes hostility to those trying to do so. In hindsight, it was an extremely risky strategy that paid off for me, but which I generally encourage my own students to avoid. It is so much easier and safer to be a straight-down-the-line academic with a single home discipline and department, and to teach, stack up publications, and develop expertise in a specific area. Fortunately for the One Culture, most of my students have diligently ignored this advice, spurred on as they are by the practical utility of joining one big, powerful tribe.

Only a big, powerful tribe can save the lion, just one of the many global challenges to come. 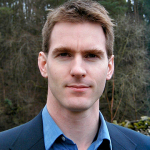 Dominic Johnson is Alistair Buchan Professor of International Relations at the University of Oxford. He received a D.Phil. from Oxford in evolutionary biology, and a Ph.D. from Geneva University in political science. Drawing on both disciplines, he is interested in how new research on evolution and human biology is challenging theories of international relations, conflict, and cooperation. For the 2012-2013 academic year, he is co-leading a project on evolution and human nature at the Center of Theological Inquiry in Princeton.