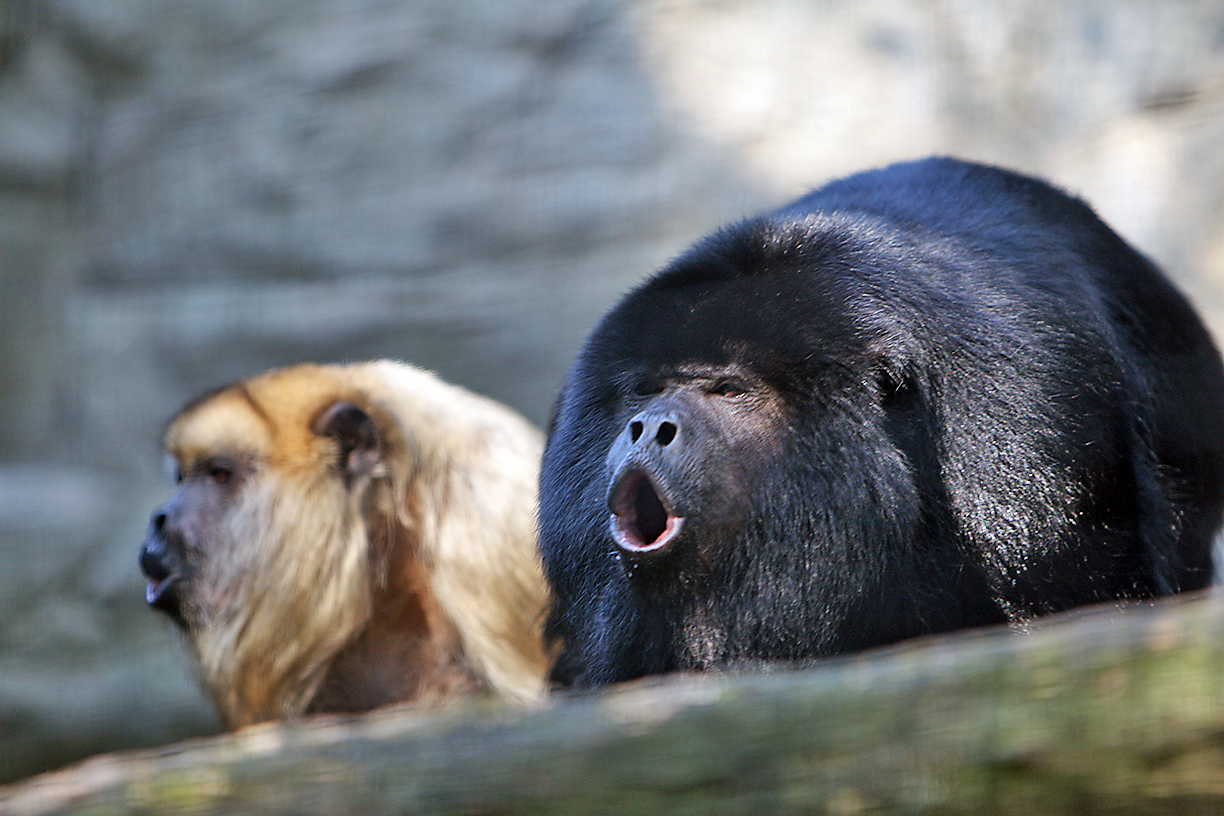 Why There Still Are Monkeys: Lessons Learned From Teaching Evolution In Kansas

There’s a persistent belief in creationist circles that the theory of evolution is a house of cards that will collapse if an astute, open-minded person just looks at it hard enough. To facilitate this process, creationists pass around lists of questions which they are certain evolutionists “can’t answer.” The questions emphasized vary from group to group, but the suggested tactic is the same: publicly confront an evolutionist, ideally a professor or teacher, and confound him or her with questions that will expose the structural weaknesses of the theory. From Creation Today:

NOTE TO STUDENTS: Make a copy of this challenge to evolutionists and ask your teacher or professor to give you answers to these questions. If they cannot, you have a right to be skeptical that what they are teaching about evolution is true. Also, give copies to your fellow students so that they, too, will be aware that there are huge flaws in the theory of evolution. It is still a theory, not a “fact.”

The questions from the source above include things like:

What are the odds that the evolutionary process, proceeding by random changes, would produce human beings, plus millions of species of animals, birds, fish and insects, all with symmetrical features, i.e., one side being a mirror image of the other? We take symmetry in all these creatures for granted, but is that a reasonable outcome for a random process?

Where are the trillions of fossils of such true transitional forms?

What are the odds that, of the millions of species of animals, birds, fish and insects, a male of each species developed at the same time and in the same place as a female of the same species, so that the species could propagate? Why are there two sexes anyhow?

Of course, anyone who has taken a high school introductory biology course should be able to answer questions like these (or point out exactly how they are flawed.) I say “should be able”, but unfortunately that is not always the case. This semester I taught an introductory university course in physical anthropology in which we intensively studied human evolution, beginning with basic concepts in genetics and evolutionary theory and finishing with an overview of the hominin fossil record. (I used Clark Spencer Larsen’s “Our Origins” as the textbook). I discovered early in the semester that about half the class was not well prepared for this material: many knew absolutely nothing about human evolution, and a sizable number knew very little about evolution in general. It’s not the students’ fault. Science education in Kansas (where I teach) has been under attack for some time by a coalition of religious groups trying to prevent the teaching of evolution in public high schools, and I suspect that my students’ lack of preparation might be at least partially attributable to this. But that’s a subject of another, longer post in the future.

Regardless of how little they know coming in to the course, I want my students to walk out of the classroom with a solid knowledge of how evolution works. In five years’ time, they may have forgotten the morphological differences between the teeth of Australopithecus afarensis and Homo erectus , or the phylogenetic relationships of Denisovans to Neandertals and H. sapiens as inferred from ancient genomes (although I hope they don’t!), but if they have a basic understanding of how evolution works as a process, they should be able to understand the significance of new fossil or genetic discoveries. Similarly, if they understand the difference between science and pseudoscience, they should be able to evaluate factual claims. The difficulty for me was figuring out how to present these ideas when the course is already jam-packed with information the students needed to learn in order to advance.

So I tried something new. One of the questions that some creationists (and people who simply don’t know a lot about evolution) frequently ask to challenge evolution is: “If we evolved from monkeys, why are there still monkeys?” (I see this question asked every single day on Twitter, thanks to the account of @TakeThatDarwin who retweets creationists). In the past I’ve simply rolled my eyes at how ridiculous the question is–in fact, several groups like Answers in Genesis, strongly urge their readership not to use it–but I recently realized that it nicely gets at some very serious and common misunderstandings about evolution. I decided to experiment with using it to further students’ critical thinking.

I gave this question to students to answer several times throughout the course. First, I used it as a means of (anonymously) assessing their knowledge about evolution as a process early in the course. About a fourth of the class gave confused answers to it, and another fourth could answer it partially but without sufficient detail. After we had gone through basic concepts of evolutionary theory, genetics, and primate phylogenies (but before we got into the hominin fossil record), I made it the subject of an in-class discussion, so students could learn from each other’s answers. At that point, they had the basic tools to answer the question, and those who participated in the discussion were able to answer it in some detail. Finally, as a means of reinforcing students’ knowledge at the end of the course, I gave it as the last extra credit question on the final exam. Nearly everyone who chose to answer this question received full credit.

I was looking for two parts in their response: 1. A recognition that we did not evolve from monkeys–or other living primates– but instead share a common primate ancestor. (Bonus points for recognizing that the category ‘monkey’ is paraphyletic and is a colloquial term, not a scientific taxon). 2. An understanding that evolution doesn’t work in a linear fashion, with one species replacing the last. There are many good analogies to use in teaching this concept; I like to use the analogy of a family tree: that is, I and my sister are both descended from the same parents, yet we exist at the same time.

This approach allowed the class to confront some of the major misconceptions of evolution, including the idea that modern animals transform into other kinds of modern animals, that there is a predetermined “order” to evolution, and that evolution is a “finished” process. It served as a platform to discuss several important concepts: adaptations, natural selection, heredity, and that evolution occurs in populations, not individuals. I saw a distinct progression in students’ reasoning on this question over the course of the semester, and I think that it proved to be pretty useful in the end.

Another approach I used to supplement the textbook (because the findings were so new they weren’t in the textbook) was to show students two video clips offering two very different perspectives on the newest hominin fossil, Homo naledi. The first was by Kent Hovind (I started at 9 minutes in, and we watched for about 10 minutes or so).

The second was by National Geographic, and included clips from paleoanthropologist Lee Berger who discovered H. naledi.

I asked students to identify two or three testable claims presented in each video, and think about what kinds of evidence would be needed to test these claims. This sparked a very lively and (I think) helpful discussion in class which covered radiometric dating methods and their limitations, how to interpret clues about behavior from the fossil record, and a brief discussion on how fossil discoveries are portrayed in the media. We ended by discussing how new information about human ancestors–derived from fossils, archaeology, and genetics–is evaluated by the scientific community.

While I’m on break, in addition to catching up on all the writing I didn’t have time for during the semester (how do people stay on top of all of this?), I’m looking for more materials that would be good for these kinds of exercises in critical thinking. I just found the Institute for Creation Research’s document summarizing the “scientific” case against evolution, and I think that there are some very useful instances of misconceptions that could work well as the basis for student research and discussion. For example, the following statement could serve as a useful starting point for students to think critically about taxonomy, evo-devo, and both early and later primate fossil records:

Fossil discoveries can muddle over attempts to construct simple evolutionary trees — fossils from key periods are often not intermediates, but rather hodge podges of defining features of many different groups. . . . Generally, it seems that major groups are not assembled in a simple linear or progressive manner — new features are often “cut and pasted” on different groups at different times.

As far as ape/human intermediates are concerned, the same is true, although anthropologists have been eagerly searching for them for many years. Many have been proposed, but each has been rejected in turn.

But I’d like to find more. To any professors who teach evolution who read this blog, I want to ask: In addition to assigned readings, traditional lectures, and labs, what approaches do you use for teaching on the fundamentals of human evolution (or evolutionary theory)? Do you do something similar?

To anyone else who reads this blog, I want to ask: How did you first learn about evolution, and human evolution in particular? Have you ever changed your mind on the subject? If so, what caused you to change your mind? 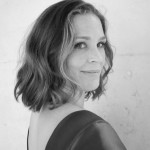