Why Become a Farmer?

The previous blog discussed Göbekli Tepe, which achieved a surprisingly high level of social complexity before the adoption of agriculture. In the language of philosophy of science, Göbekli Tepe is an anomaly for the reigning paradigm in theoretical archaeology, which posits that the adoption of agriculture was the pre-condition for, or even the cause of, the rise of complex societies. As such anomalies accumulate (and we shall see later that Göbekli Tepe is not an isolated case), eventually the paradigm collapses, and is replaced by another (at least, so argued Thomas Kuhn in The Structure of Scientific Revolutions).

So what kind of theory may replace the standard ‘bottom-up’ theory, when, or if, it collapses under the accumulated weight of anomalies? In the previous blog I found the alternative explanation, described in the National Geographic, unsatisfactory.

Actually, the bottom-up theory also has a huge logical gap. It assumes that when foragers discovered how to cultivate plants, they gladly switched to this more productive way of making a living.

But this makes sense only from the point of view of a person who came from a culture with long-established farming practices (such as academic anthropologists). Real foragers, on the other hand, are very resistant to abandoning their ways of life, and they have good reasons for such reluctance.

If you think about it, why humans switched from hunting and gathering to agriculture is a big, big puzzle. This has been most effectively argued by Sam Bowles (most recently in a PNAS paper co-authored with Jung-Kyoo Choi).

The first problem is that farming involves a lot of back-breaking labor. Early agriculture was not particularly productive, and it required many more hours of work, compared to foraging.

Second, hunter-gatherer societies share the food; hoarding marks you as an anti-social deviant. What this means is that you could put all that work into growing plants (clearing the field, planting, weeding), but others would think nothing of harvesting the plants when they ripen. Or you could get to the point of harvesting and storing the crop, but then everybody else in your community would expect you to share it.

Third, agriculture has its dark side – it’s negative effect on human health. Evidence is overwhelming that after switching to agriculture human heights decreased, and that is a very reliable indicator of a decline in biological well-being. People fell sick more often because of higher population density and because pathogens jumped from domesticated animals to humans. The quality of nutrition declined, as is abundantly documented in ancient bones and teeth. 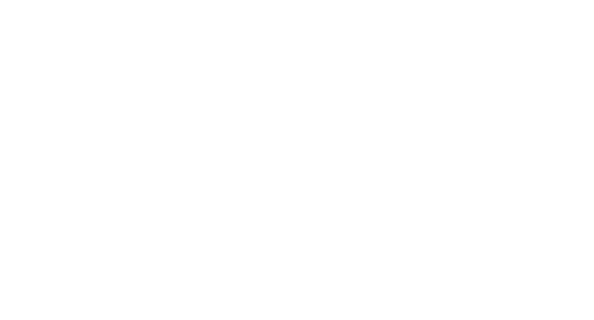 A skull fragment from a teen buried at Rome’s Casal Bertone necropolis. The teen ate a millet-heavy diet in childhood but switched to wheat in the years before death. Pores in the bone of the eye socket known as cribra orbitalia suggest the teen was anemic. CREDIT: Kristina Killgrove Source

But the switch to agriculture did occur, and farming did spread, so there had to be a compelling reason why. Let me sketch a possible explanation, which fits the various data pretty well (or so it seems to me). Long-time readers of this blog will not be surprised to discover that the explanation focuses on warfare, or more properly cultural multi-level selection.

Now suppose that something happens that leads to more intense warfare. In historical times, the most likely trigger has been the invention or spread of a new military technology — bows and arrows, cavalry, gunpowder. (We have a paper in review modeling this process, and it predicts the rise of large-scale states and empires in history remarkably well.)

But the most likely trigger at the dawn of agriculture was climate change. When climate became dryer and cooler during the period, known as the Younger Dryas, the productivity of plant communities declined, which caused a decrease in the carrying capacity for humans who depended on these resources (game animals also decreased because their food base shrank).

Lower overall resources led to a spike in conflict between ‘tribes’ (ethno-linguistic groups) because each group attempted to expand its territory to compensate for lower carrying capacity. A possible example of this dynamic is the intensification of warfare among the Anasazi after climatic conditions in the American Southwest deteriorated.

Most likely humans who lived in the Fertile Crescent had already known about techniques needed to intensify plant production, but for reasons we have discussed, did not deploy them. The new conditions of widespread warfare, however, imposed an intense selection regime for larger group size, because the best way to ensure tribal survival was to have more warriors. Growing their own food enabled human groups to raise more warriors and concentrate them within larger war bands. Such groups then expanded at the expense of groups that didn’t have agriculture. So we have a typical process of evolution by cultural group selection.

Why was the cultural group selection necessary? Because you cannot switch to farming when everybody else in your group is foraging. The whole group needs to shift to farming together and to acquire a new set of cultural norms, most notably, private property rights. Bowles and Choi in their paper model how this dual switch can occur.

However, more is needed. Switching to farming makes evolutionary sense only if it leads to a larger tribe size, which is key for surviving under conditions of intense intertribal warfare. But it is not easy to keep a large group of people internally cohesive. You need a new type of social glue.

In his recent articles, including one on the Social Evolution Forum, Harvey Whitehouse argues that large-scale human societies can build up cohesion by inventing and conducting regular symbolic, or ‘doctrinal’ rituals that bring together large numbers of people. Everything we know about Göbekli Tepe suggests that it was used precisely for such rituals, and that it served a very large ritual community. It took many hundreds of people to build the monument, so there had to be a large community numbering in many thousands, since somebody had to provide the food. And it brought together population from a large area.

The cultural group selection logic also explains why agriculture was adopted despite its huge health costs. Groups of poorly nourished and perhaps even chronically sick, but numerous farmers exterminated healthy and tall foragers because of the group size advantage. So individual fitness (both in the evolutionary sense, and in the common sense of physical fitness) declined, but the evolutionary fitness of the group increased, and that is what drove the whole process.

So here’s the logic of my explanation. Rampant warfare, resulting from climate change, leads to intense selection for larger society size. In order to make this transition, a number of seemingly disparate, but actually synergistic cultural traits need to coevolve. One bundle of cultural traits, which is needed, is what makes agriculture possible – not only knowledge of how to cultivate plants and herd livestock, but also new social norms such as property rights. Another set of cultural traits, which actually had to appear first, was what glued together large groups. This is why monuments, used for ritualistic purposes by large groups of people, according to this theory, can (in fact are expected) to appear before the transition to agriculture.

Notes on the Margin: I will be away from the Internet during the next week; when I come back I will continue with this series. Next is a discussion of Poverty Point.