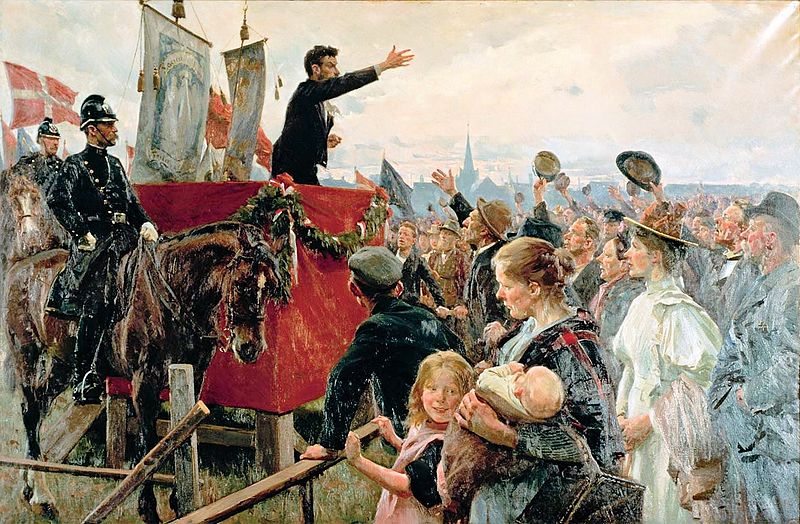 Twitter has a way of keeping important information in circulation. A tweet today by the journalist Dan Jones directed my attention to a blog post that he wrote last June, which I otherwise would have missed. The post is titled “How to be Completely Wrong about Radicalization: The Curious Case of Jerry Coyne.”

Let me introduce the two protagonists. In this corner, a freelance writer with an undergraduate degree in molecular genetics. In that corner, a distinguished evolutionary biologist at the University of Chicago and writer for the general public, whose blog, Why Evolution is True, has a large following. Both are squaring off on a topic that has nothing to do with their academic training.

The fight is no contest. Jones wipes with floor with Coyne. Here is a sample quote:

Coyne is talking total bullshit, bullshit he’s simply made up. It wouldn’t be worth responding to except it serves as a useful teachable moment.

You owe it to yourself to read the full post and judge for yourself whether Jones scores a knockout in the first round.

What gave Jones such a decisive advantage? Very simply, he did his homework on the subject of political radicalization, and Coyne did not. Also, Jones approached the topic from a scholarly perspective, but Coyne was speaking from his gut.

Coyne’s humiliating defeat illustrates a very serious problem. The social institutions of science and academic scholarship do a pretty good job of holding people accountable for their factual statements. If scientists or scholars don’t do their homework, then their work is rejected, their reputations plummet, and they get washed out of the system. When distinguished scientists and scholars write for the general public, there is an implicit assumption that they have proven themselves and can be trusted to do their homework on the topics that they write about, including topics that are outside their area of professional expertise. When they betray that trust, they are falsely trading on their professional reputations.

Quality control is required for any process to result in a high quality product. This is true for DNA replication, manufacturing processes, academic science and scholarship, and for high quality journalism. Distinguished news organizations such as the New York Times and the Washington Post have elaborate processes for ensuring the veracity of their articles, and they are deeply humiliated when falsehoods creep in. Jones used to work for the Nature magazine group, and his freelance articles are published in numerous reputable magazines, which might account for his journalistic integrity. What Coyne writes about political radicalization wouldn’t survive the journalistic quality control process any more than the scientific and scholarly quality control process—unless some editor was hoodwinked into thinking that his journalistic integrity can be trusted on the basis of his scientific reputation.

Jones is bravely playing the role of quality control officer with his article on Coyne. More of this is needed, so I am happy to lend my support. Coyne in particular is a repeat offender. I have called him out on the subjects of group selection, cultural evolution, and hitting below the belt. Despite his well-deserved reputation as a scientist, he has no journalistic integrity as a blogger.

If Coyne responds to critiques of his integrity at all, he is likely to say that he isn’t attempting to play the role of scientist or scholar in his blog posts. That won’t do. If a serious problem such as political radicalization is going to be addressed, the solution will need to be based on factual knowledge about its causes. If Coyne is obscuring factual knowledge with his gut reactions and abysmal scholarship, then he is part of the problem.

I feel strongly about this topic because I am a scientist who is attempting to function as a journalist with integrity, not only in my own writing but as Editor in Chief of This View of Life and (with Peter Turchin) the Social Evolution Forum. I expect to be judged for my journalistic integrity and I regard it as my responsibility to comment on the integrity of others, in the same way that it is my responsibility to take part in the academic peer review system. The only way to improve the quality of information on the Internet is by establishing a quality control process.