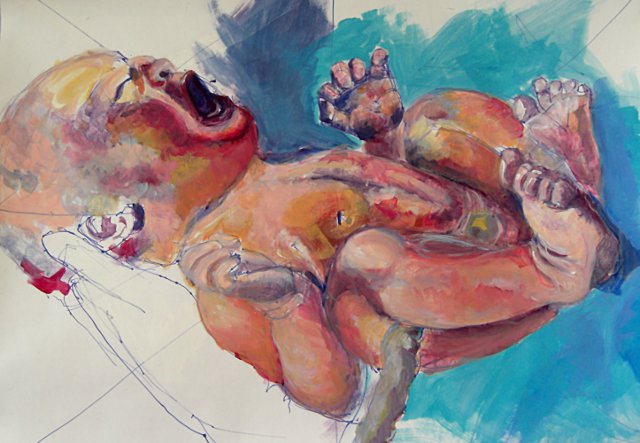 When Evolutionary Medicine Gets It Wrong About Childbirth

By Holly DunsworthApril 14, 2016 No Comments

No one is saying that medicine isn’t brilliant and hasn’t saved lives. But it does intervene more than necessary when it comes to pregnancy and childbirth.

Part of that unnecessary intervention is driven by lack of experience; it’s difficult to decide when intervention is and isn’t necessary, especially when things are heating up. Part of it stems from an economically-driven disrespect for time. (Give childbirth some motherlovin’ time.)  But another part of the trouble actually lies in the evolutionary perspective. Unfortunately it’s not all rainbows and unicorns when M.D.s embrace evolution. Instead, evolutionary thinking is biasing some medical professionals into believing that, for example, birth by surgical caesarean is an “evolutionary imperative.”

Here’s one recent example in The American Journal of Obstetrics & Gynecology of how the evolutionary perspective is (mis)guiding arguments for increased medical intervention in childbirth. It’s a paper called, “A large head circumference is more strongly associated with unplanned cesarean or instrumental delivery and neonatal complications than high birthweight.”

It’s a fairly straight-forward study of over 22,000 birth records at a hospital in Jerusalem. The authors ask whether birth weight (BW) or head circumference (HC) is more of a driver of childbirth interventions (instrumental delivery and unplanned caesareans) than the other. Of course, the focus is on the biggest babies with the biggest heads causing all the trouble, so the authors narrow the data down to the 95th percentile for both. Presumably they’re asking this question about BW and HC because both can be estimated with prenatal screening. So there’s the hope of improving delivery outcomes here. And, of course, the reason they ask whether head size or body mass is more of a problem is because of evolution. They anticipate that they’ll discover that heads are a bigger problem than bodies because of the well-known “obstetrical dilemma” (OD) hypothesis in anthropology.

OD thinking goes like this: Big heads and small birth canals are adaptive for our species’ cognition and locomotion, respectively, but the two traits cause a problem at birth, which is not only difficult but results in our species’ peculiar brand of useless babies. (But see and see.)

So, since we’re on the OD train, it’s no surprise when we read how the authors demonstrate and, thus, conclude that indeed HC (head circumference) is more strongly associated with childbirth interventions than BW (birth weight), at least when we’re up in the 95th percentile of BW and HC. Okay.

They use this finding to advocate for prenatal estimation of head size to prepare for any difficulties a mother and her fetus may be facing soon. Okay.

Too many “Okays” you’re thinking? You’re right. There’s a catch.

When you dig into the paper you see that “large HC” heads are usually about an inch (~ 2.5 cm) greater in circumference than “normal HC” ones. (Nevermind that we chopped up a continuum of quantitative variation to put heads in arbitrary categories for statistical analysis.) And when you calculate the head diameter based on the head circumference, there is less than 1 cm difference between “large” and “normal” neonatal heads in diameter. That doesn’t seem like a whole lot considering how women’s bony pelvic dimensions can vary more than that.  Still, these data suggest that the difference between a  relatively low risk of having a c-section and a relatively high risk of having a c-section amounts to less than a centimeter in fetal head diameter. And maybe it does. Nobody’s saying that big heads aren’t a major problem sometimes! But maybe there’s something else to consider that the paper absolutely didn’t.

Neonatal heads get squeezed and molded into interesting shapes in the birth canal.

The data say that normal HC babies get born vaginally more often than large HC ones. But this is based on the head measures of babies who are already born! If we’re pitting head circumference (HC) of babies plucked from the uterus against the HC of babies who’ve been through hello! then of course the vaginally delivered ones could have smaller HCs.

C-sected babies tend to have rounder heads than the ones squeezed by the birth canal. It’s impossible to know but I’m fairly confident about this, at least for a subsample of a population: Birth the same baby from the same mother both ways, vaginally and surgically, and its head after c-section will have a larger HC than its squeezed conehead will after natural birth.

When we’re talking about roughly 2.5 cm difference in circumference or less than 1 cm difference in diameter, then I’d say it’s possible that neonatal cranial plasticity is mucking up these data; we’re sending c-sected babies over into the “large HC” part of the story just because they were c-sected in the first place. So without accounting for this phenomenon, the claim that large head circumference is more of a cause of birth intervention, of unplanned c-sections, than large body mass isn’t as believable.

If these thoughts about neonatal cranial molding are worthwhile, then here we have a seemingly useful and very high-profile professional study, grounded in the popular but deeply flawed obstetrical dilemma hypothesis, that is arguing for medical intervention in childbirth based solely on the difference in head size measures induced by those very medical interventions.

The circle of life! 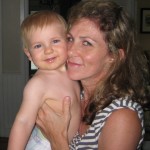