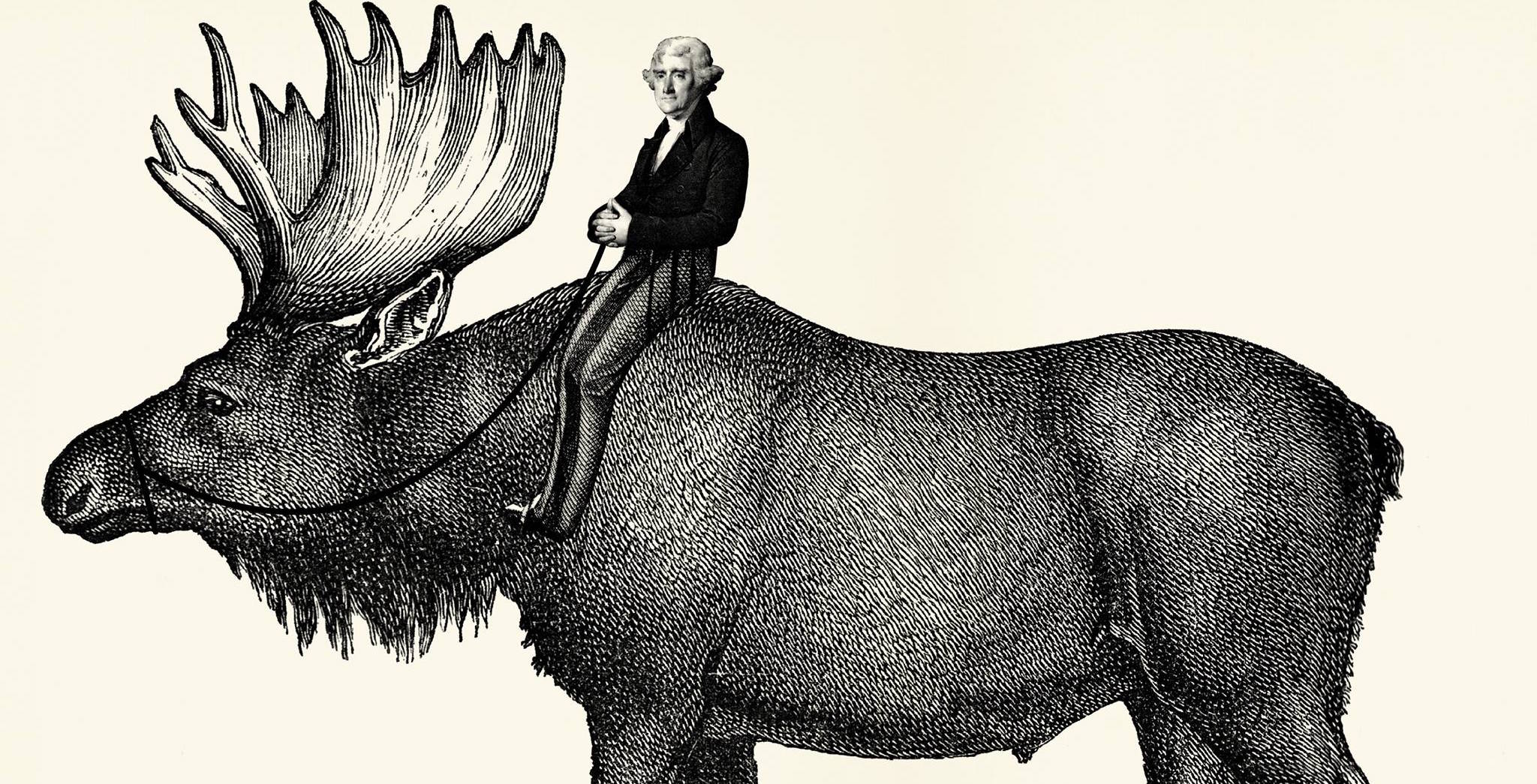 What Thomas Jefferson, Count Buffon, and A Giant Moose Can Teach Us About How Easily Dangerous Ideas Take Hold

The dynamic of science and politics that was at the heart of an argument between Thomas Jefferson and Count Buffon in the second half of the 18th century is eerily similar to the climate change “debate” occurring today. A dangerously wrong idea takes hold not because followers understand it, but because it taps into what they desperately want – need? – to believe. Or at least that is the argument I want to make by outlining what happened when two of the more brilliant men of their time faced off more than two hundred years ago.
Here’s how I summarize the bare bones of the story in the Prologue to my book Mr. Jefferson and the Giant Moose: Natural History in Early America.

“…It was one thing for the Europeans, particularly the French, to refer to Americans as upstarts, malcontents, and threats to the monarchy — in a sense many of them were all that. It was another matter entirely to suggest that all life forms in America were degenerate compared to those of the Old World. Yet that is precisely what Count Georges-Louis Leclerc Buffon, one of France’s most distinguished Enlightenment thinkers, and one of the best-known names in Europe at the time, claimed.

In his massive encyclopedia of natural history, Histoire Naturelle, Buffon laid out what came to be called the theory of degeneracy. He argued that, as a result of living in a cold and wet climate, all species found in America were weak and feeble. What’s more, any species imported into America for economic reasons would soon succumb to its new environment and produce lines of puny, feeble offspring. America, Buffon told his readers, is a land of swamps, where life putrefies and rots. And all of this from the pen of the preeminent natural historian of his century.

There was no escaping the pernicious effects of the American environment—not even for Native Americans. They too were degenerate ….The environment and natural history had never before been used to make such sweeping claims, essentially damning an entire continent in the name of science.

Buffon’s American degeneracy hypothesis was quickly adopted and expanded by men such as the Abbé Raynal and the Abbé de Pauw, who believed that Buffon’s theory did not go far enough. They went on to claim that the theory of degeneracy applied equally well to transplanted Europeans and their descendants in America….

Thomas Jefferson understood the seriousness of Buffon’s accusations, and he would have none of it. He was convinced that the data Buffon and his supporters relied upon was flawed… And Jefferson quickly realized the long-term consequences, should the theory of degeneracy take hold. Why would Europeans trade with America, or immigrate to the New World, if Buffon and his followers were correct? Indeed, some very powerful people were already employing the degeneracy argument to stop immigration to America. … Jefferson led a full-scale assault against Buffon’s theory of degeneracy to insure that these things wouldn’t happen. He devoted the largest section of the only book he ever wrote — Notes on the State of Virginia — to systematically debunking Buffon’s degeneracy theory, taking special pride in defending American Indians from such pernicious claims. The author of the Declaration of Independence employed more than his rhetorical skills in Notes. Jefferson produced table after table of data that he had compiled, supporting his contentions. As minister to France, Jefferson knew Buffon, and even dined with him on occasion. He was confident that the Count was a reasonable, enlightened man, who would retract his degeneracy theory if he were presented with overwhelming evidence against it.

Notes on the State of Virginia was just one weapon in Jefferson’s arsenal. Jefferson also wanted to present Buffon with tangible evidence—something the Count could touch. He tried with the skin of a panther, and then the bones of a hulking mastodon that had roamed America in the distant past, but Buffon didn’t budge. Jefferson’s most concerted effort in terms of hands-on evidence was to procure a very large, dead, stuffed American moose — antlers and all — to hand Buffon personally, in effect saying “see.” This moose became a symbol for Jefferson — a symbol of the quashing of European arrogance in the form of degeneracy.

Jefferson went to extraordinary lengths to obtain this giant moose. Both while he was being chased from Monticello by the British in the early 1780s, and then later while he was in France drumming up support and money for the revolutionary cause in the mid-to-late 1780s, Jefferson spent an inordinate amount of time imploring his friends to send him a stuffed, very large moose. In the midst of correspondences with James Monroe, George Washington, John Adams, and Benjamin Franklin over urgent matters of state, Jefferson found the time to repeatedly write his colleagues — particularly those who liked to hunt — all but begging them to send him a moose that he could use to counter Buffon’s ideas on degeneracy. … Eventually… the seven-foot-tall stuffed moose made it to Jefferson, and then to Buffon. Yet, despite Jefferson’s passionate refutation, the theory of degeneracy far outlived Buffon and Jefferson; indeed, it seemed to have a life of its own. It continued to have scientific, economic, and political implications, but also began to work its way into literature and philosophy…”

Nearly every time I stand before an audience and tell this tale someone in the audience asks a question akin to this: “I bet Count Buffon would be a climate change denier, if he was around today, right?” Wrong, he was way too smart for that. He was, after all, one of the leading French Enlightenment thinkers of his day.

I could find no evidence that Buffon had political motives when publishing the theory of New World Degeneracy (the case is less clear for Buffon’s groupies like Raynal and de Pauw). He genuinely thought his idea had scientific merit. In that sense, this story differs from the climate change deniers, where the political motives of the promulgators of that misguided idea are evident. But, more importantly, Buffon’s ideas spread like wildfire.

Histoire Naturelle was a best seller. Buffon’s ideas on American degeneracy were translated into German, Dutch, English and other languages. New World degeneracy ideas became so mainstream that there was a contest held in France on whether the discovery of America had been beneficial or harmful to the human race.

Despite it being a best-seller, most people of the day hadn’t actually read Buffon, in part because Histoire Naturelle was very expensive. Instead people heard tell of his ideas in the newspapers, salons, pubs and restaurants across Europe (and eventually America). And, of course, they self-selected the information sources to the newspapers, salons, pubs and restaurants that fit their political (as well as epicurean) tastes. Which is to say everyone in Europe talked about the idea of New World Degeneracy, everyone had an opinion about it, but almost no one had a clue about what the data (Buffon or Jefferson’s) showed. They wanted to believe this New World, a potential existential threat to their vaunted position on the world stage, was inferior to their own.

So they believed it. 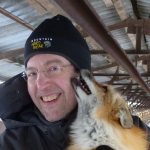