Welcome to the Evolutionary Blogosphere!

Historians will look back upon the 21st century as a time when the theory of evolution, confined largely to the biological sciences during the 20th century, expanded to include all human-related knowledge. As we approach the 1/6th mark of the 21st century, this intellectual revolution is already in full swing. A sizeable community of scientists, scholars, journalists, and their readers has become fully comfortable with the statement “Nothing about X makes sense except in the light of evolution”, where X can equal anthropology, art, culture, economics, history, politics, psychology, religion, and sociology, in addition to biology.

Still, it might well take the rest of the century for the rest of the world to see the light and many Americans will be left behind. The Evolution Institute exists to make that day come sooner rather than later with its projects and communication outlets: This View of Life, the Social Evolution Forum, and Evonomics. Now, with the help of Eric Michael Johnson, we have taken a giant step forward by making the Social Evolution Forum a single location for some of the brightest evolutionary thinkers on the internet.

Eric is himself a star of the evolutionary blogosphere with his Primate Diaries column at Scientific American and award-winning articles in Wired, Seed, Discover, and many other outlets. He joined the Evolution Institute as TVOL’s content development editor last year and led the effort to assemble a group of today’s most active bloggers whose writing is informed by modern evolutionary theory. They represent a melting pot in every way—disciplinary training, age, gender, and ethnicity. Some will maintain their current blog sites, others will make SEF their main site, but all of them can be sampled and followed on SEF.

I believe that rates of cultural change can be catalyzed in the same way as rates of chemical change. A chemical catalyst is a substance that increases the rate of a reaction, sometimes by orders of magnitude, without being used up in the process. It works by binding to other molecules and holding them in an orientation that binds them to each other, whereupon it is released to repeat the operation. A blog post can act as a cultural catalyst by making a connection between the reader and a given subject that might not have occurred otherwise. A site where over 20 different voices are blogging from a unified theoretical perspective can have an even greater catalytic effect. Welcome to the SEF’s Evolutionary Blogosphere. It could make the 21st Century synthesis come sooner rather than later. 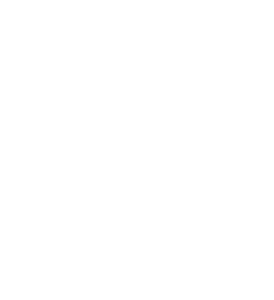