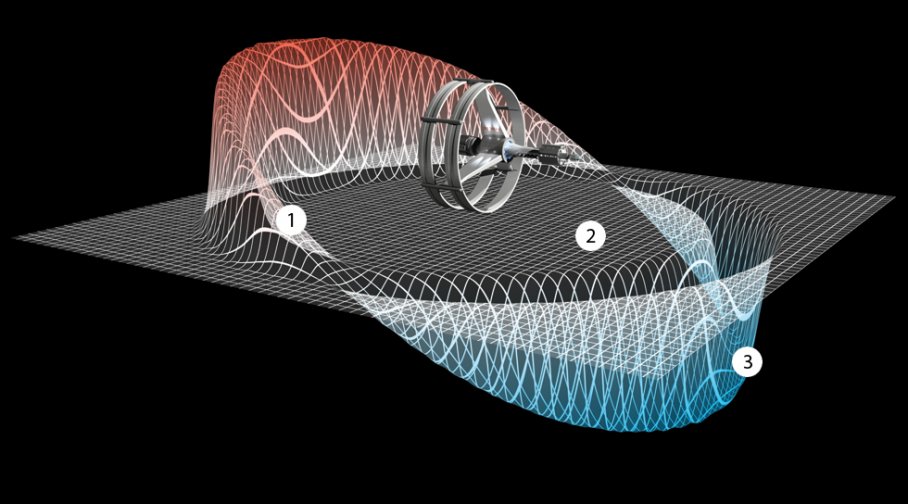 As I said in my previous blog, Science Foo Camp was a lot of fun (by the way, FOO stands for ‘Friends of O’Reilly’ because one of the three main organizers of the event is Tim O’Reilly). This was my first ‘unconference,’ but I must say I was underwhelmed by how the concept was implemented in practice. There was essentially no planning ahead of time (except by the organizers deciding on who to invite).

Googleplex: sculpture inspired by Jacques-Yves Cousteau (photograph by the author)

The schedule of sessions was set in this way. During the first evening, everybody went to a big room, where we all introduced ourselves (my plane was delayed getting into San Jose, so I arrived towards the end of the introduction period). Then the organizers put up a matrix on a wall, a table with available rooms running horizontally and time periods vertically.

As soon as the table was put up, a large crowd of people rushed to it brandishing Sharpie pens and sticky pieces of papers, and as I was standing by, somewhat bemused, the schedule was created on the fly. I am not sure that this is a superior way of creating a meeting agenda…

But it worked. It worked because there were lots of interesting people and they put up interesting topics for discussion. Actually, even my proposal to discuss the strange disappearance of cooperation in America got a slot – through no efforts of my own, I should say, but I don’t complain, because it was a really productive discussion. In any case, this blog is not about my stuff, but about other interesting sessions I went to. There were two, in particular, that I want to talk about here, both dealing with space exploration.

As I confessed in other blogs, I am an avid consumer of science fiction, and a bit of a space geek. So it was really interesting to go to these two sessions, one focusing on the future of space exploration and the other on the search for extraterrestrial intelligence.  Main speakers were two guys from NASA and a few university folks (I am not naming names as we were asked not to attribute to any specific person what was said during these sessions). Here are three things that I found particularly fascinating and deserving of comment.

First, NASA is really planning to take humans to Mars. Initially it will involve landing astronauts there, but the long-term goal is nothing less than the colonization of Mars. This is supposed to happen in the next 20-30 years.

Curiously enough, if you want to get to Mars, you first need to go to the asteroids. Even though the asteroid belt is actually located beyond the orbit of Mars, what matters is not the distance, but having to go down and up the gravity well. It is actually much cheaper to travel to asteroids than to boost up from the surface of Mars to space.

I must say that although colonization of other planets sounds very exciting, I think that the emphasis on Mars is misguided. So we put a man (or a woman) on Mars, then get them back to Earth. What have we gained? We’ve done it with the Moon, and it did not lead anywhere. A much better course of action is to go to the asteroids that have plenty of raw stuff that can be turned into construction materials (e.g., metals) or into energy (e.g., methane, water for hydrogen, etc.). Once we get to the asteroids we can bootstrap from there – using the materials to build asteroid factories that will enable us to construct all kinds of things we will need for exploring the rest of the Solar system and eventually colonizing other planets. So the more sustainable route is not to go to Mars directly, but first go to the asteroids and from there to Mars – and to the rest of planets and even perhaps to other solar systems.

Which leads me to the second point of interest. As we all know (at least those of us who read Science Fiction), traveling to other solar systems takes a long time – decades and even centuries. The problem is that, according to our best understanding it is impossible to travel faster than the speed of light. As some physicists say, the Eleventh Commandment is “Thou Shalt Not Exceed the Speed of Light.”

The Warp Drive. Kris Holland, based on Enterprise Design by Matt Jeffries
The warp drive proposed by Miguel Alcubierre would achieve faster-than-light speeds by distorting space-time. The device would generate a field of negative energy that would squeeze or stretch space-time, creating a bubble. The bubble would ride the distortions like a surfer on a wave. As evidenced in the big bang, space-time can expand so quickly that objects move faster than the speed of light.
1) The vertical dimension represents how much a given volume of space-time expands or contracts in Alcubierre’s model. Positive values [red] imply an expansion. When space-time expands behind a craft, it propels the ship forward.
2) Inside the warp bubble, neutral space-time would leave the ship undisturbed. Passengers would experience a gravitationally calm zero-G environment.
3) Negative values [blue] imply a contraction in space-time. The contraction balances the expansion of space-time as the bubble moves forward. Source

So when the engine is operating you are kind of sliding forward at the apparent velocity of 10c (ten times the speed of light) but without actually accelerating or even moving. Read more about this ‘warp drive’ in this popular article.

But when we get to other solar systems, will we find intelligent life there? Are we alone in the universe? Should we even look for extra-terrestrials? This is the third topic, which I will discuss in the next blog.