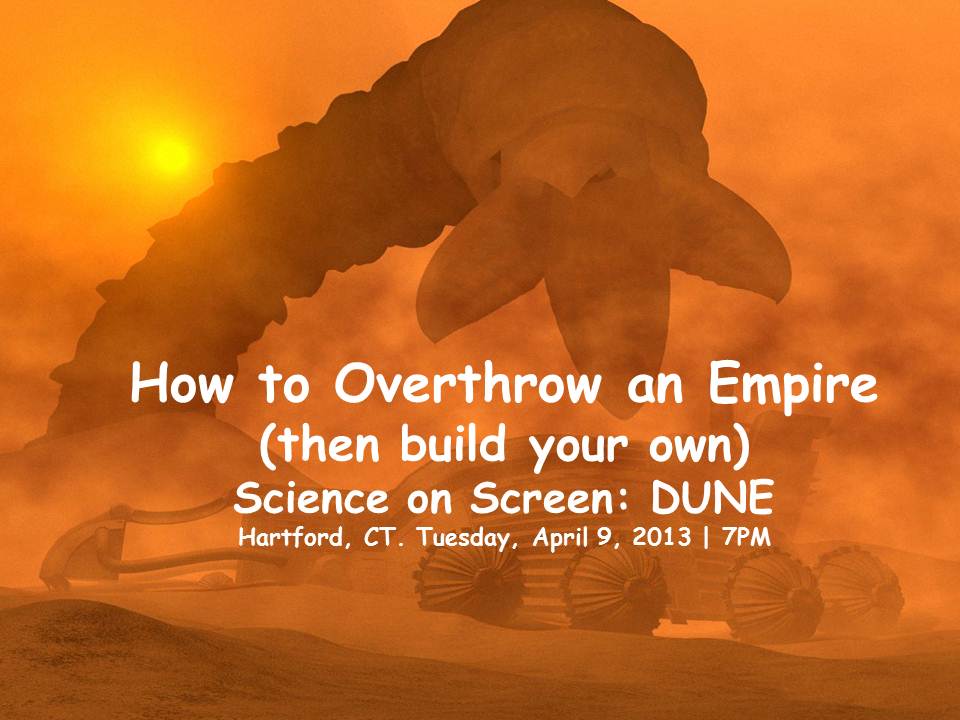 Frank Herbert’s DUNE is probably the most popular science fiction novel ever (over 12 million of copies sold). It has everything – a complex and dynamic main hero, great villains, neat ecology (planetology!), philosophical and religious insights, and (what is particularly fascinating to me) a well-structured social world. I have written before on this topic (see the ‘Dune Hypothesis’ and Psychohistory and Cliodynamics).

On Tuesday, April 9, the Science on Screen program, which pairs scientists with entertaining films, will be screening David Lynch’s adaptation of DUNE, and I am giving an introductory talk before the movie. I will be talking about how well Herbert constructed the social reality of DUNE from the point of view of the new science of Cliodynamics, as well as the writings of the fourteenth century’s Arabic sociologist Ibn Khaldun.

If you live in Hartford area, join us! The screening will be at 7 pm, and the directions are here.

Notes on the Margin: all the commentaries on Harvey Whitehouse’s article have been published. Harvey’s response to these comments will be published as soon as I get it, which in turn depends on him returning from Vanuatu safe and hale in early April.