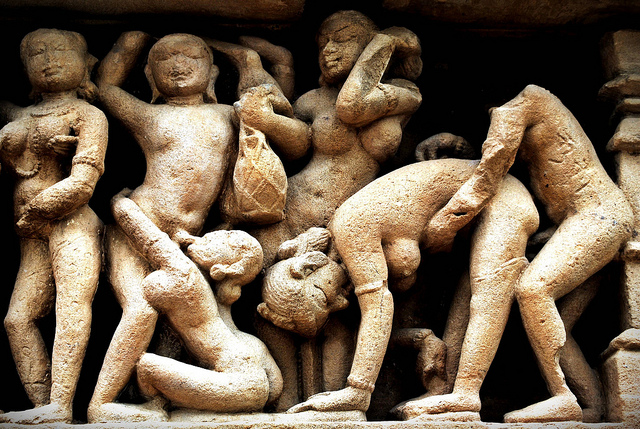 On the Origin of Human Sexuality: The Tragically Confused Species

“(A)s our forebears adopted life on the dangerous ground, pair-bonding became imperative for females and practical for males. And monogamy – the human habit of forming a pair-bond with one individual at a time – evolved.” (Helen Fisher 2004: 131)

“Several types of evidence suggest our pre-agricultural (prehistoric) ancestors lived in groups where most mature individuals would have had several ongoing sexual relationships at any given time. Though often casual, these relationships were not random or meaningless. Quite the opposite: they reinforced crucial social ties holding these highly interdependent communities together.” (Chris Ryan & Cacilda Jethá 2010: 9-10)

“We are not a classic pair-bonded species. We are not a polygamous, tournament species either…. What we are, officially, … is a tragically confused species.” (Robert Sapolsky)

The above three quotations were selected to illustrate the range of views that exist on the evolution of human sexual and mating behavior. Obviously, this is not a trivial matter. To the primatologist Bernard Chapais: “The central puzzle of human social evolution… is to explain how promiscuity was replaced by the pair bond” (that is, assuming the pair-bond has gained complete ascendancy). But it’s about more than our ancestors’ mating behaviors. Lurking in the background is the notion that our ancestral behavioral patterns impact current ones, via phylogenetic inertia. Additionally, how we view the past is important because, rightly or wrongly, we have a tendency to associate what is natural with what is good (but note well the naturalistic fallacy). For both of these reasons, the past matters.

This is obviously a sensitive topic that goes beyond academic esoterica, so it is important to tread softly. But it is also necessary to confront the facts. Heterosexual monogamy remains the dominant, privileged model in Western societies. However, with sex scandals in the news recently (and… always), and with popular books and articles asking whether monogamy is obsolete, a myth, fettered by unrealistic expectations, or in need of amending, it is understandable that people would wonder how ‘natural’ it is.

To begin, let me say that I side with Sapolsky. Individuals may figure out what works best for themselves in terms of balancing sex, love, intimacy, and commitment, but collectively we are a tragically confused species. The signposts in our biology and behavior suggest as much. This seems to originate from a few places: our evolutionary past, the overlapping – but independent – drives for love, sex and reproduction, individual variation in sexual preferences and drives, and the powerful effect of culture. One would think, given the importance of sex and mating in evolution, that natural selection would have put a straight-jacket on it and given us a stricter blueprint to follow, as other species seem to have. That doesn’t seem to be the case, however.

Humans are said to have an inclination for homogamy (mating with people from the same ethnic or sociocultural background), and exogamy, where one sex leaves the natal group to find potential mates (evidence from 2 million year-old teeth suggests that, like chimpanzees, Australopithecine females were the ones to leave). But biology is the science of trends and exceptions, not laws. Across the spectrum of human cultures, we can find examples of heterogamy, endogamy, polyandry, polygyny, monogamy, non-monogamy, polyamory, and so on. However, these do not all occur in equal frequencies, so I don’t think we are truly “blank-ogamous.” There is also lots of room for variation within each culture. Being good Popperians committed to the principle of falsifiability, it is probably easier to say what we are not than what we are. One thing is clear: we are not simple.

It must seem audacious to presume to know anything about the sexual and mating behavior of our ancestors. Interpreting the past is tricky because behavior does not fossilize well, and outside of time travel we cannot observe this directly. However, researchers can utilize clues from many fields – cultural anthropology, paleoanthropology, anatomy, genetics, psychology, primatology, neuroscience – to place the pieces of the puzzle on the table to see what the big picture looks like. And the pieces are fascinating.

A few qualifiers at the outset: I am a biological anthropologist, but this topic is not my specialty so I’m not claiming this will be comprehensive or conclusive. I’m writing this because, from my reading of things, there are good arguments on both sides for humans being pair-bonded with the ability to love deeply, though with a penchant for promiscuity. Trying to synthesize those two arguments is proving quite difficult, which I suppose makes me just another confused member of our species. It probably says something that I actually found it easier to write about the meaning of life. Due to the complexity of the topic, I decided to break this up into a series of posts (still in the works), roughly divided into the evidence for promiscuity in our species, the evidence for pair-bonding, and a synthesis of the two. Each post is probably too long, and in bullet-point style (as my advisor at Binghamton, Mike Little, used to say: “when in doubt, make a list”). I’m not completely satisfied with what I’ve compiled so far, but I am still learning.

Fisher H. 2004. Why We Love: The Nature and Chemistry of Romantic Love. MacMillan. (Link)

Sapolsky R. This quote comes from a lecture series titled “Biology and Human Behavior,” found here (see lecture 11). It was too good not to use. 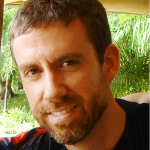