I am in Oslo, attending an Evolution Institute-organized workshop led by my EI colleagues Jerry Lieberman and David Sloan Wilson. We are in Norway because this country is well known for a very high quality of life. In fact, during the last decade Norway has reliably occupied the number 1 position in the United Nations list of countries ranked by their Human Development Index, HDI (in 8 years out of 10, if you want to be precise).

The HDI combines economic and biological measures of quality of life (GDP per capita and life expectancy) with educational attainment. It’s not perfect, but it’s much better than ranking countries by their GDP per capita. The latter measure is a poor indicator even of the economic aspect of well-being. For example, while GDP per capita has been growing in the US over the last several decades, real wages have actually been stagnating (and even declining), as I have discussed in a previous blog. The reason is that all the gains of economic growth have been going to the top earners, reflected in the growing inequality of incomes.

In Norway, on the other hand, inequality has increased very slightly and remains at a very low level, so the gains of economic growth have been distributed to essentially all Norwegians. This can be seen in the following chart from the presentation of one workshop participant, Dag Hessen:

Other indicators of well-being have aligned with economic measures. For example, the proportion of Norwegians reporting that they are ‘very satisfied’ or ‘quite satisfied’ has increased from 50% to 70% between 1999 and 2011 (also from Dag’s presentation): 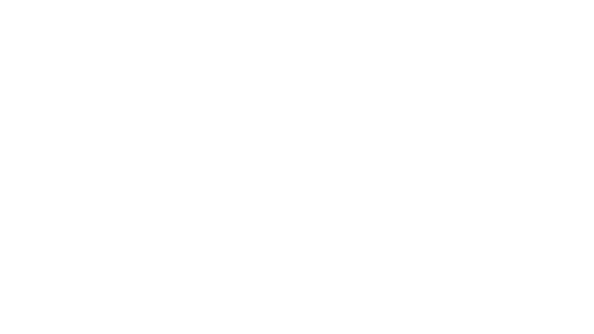 The Norwegians are also quite happy about the government. Remarkably, the proportion who want to lower their taxes decreased from 50% in 1999 to 20% in 2011 (the blue curve):

(from the presentation of Dag Hessen)

At the same time, the proportion who think that cheating on taxes is unacceptable grew (see the yellow broken line).

Nobody says that Norway is perfect in all respects, but the ‘Norwegian model’ (on which more below) has certainly generated that proverbial “rising tide that lifts all boats.” Proponents of free markets like to use Nordic countries, such as Norway, as examples of how socialism kills economic growth. But the reality is quite the opposite, especially if you use indicators of well-being other than GDP per capita, which is a good practice, I would argue.

Not all Americans are ignorant of the Nordic achievement. The conservative thinker Francis Fukuyama, for example, uses Denmark as an example of a country that does things right. The title of this blog is, of course, a shameless rip-off of the meme Fukuyama launched, “Getting to Denmark.”

So what is the famed ‘Norwegian Model’? The answer came from two participants of the workshop, Kalle Moene and Lars Gule. At the core lies three-way cooperation between the workers, the employers, and the state.  As an aside, this tri-partite division corresponds perfectly to the representation of the society in the structural-demographic theory as a commoner-elite-the state system.

Each group has its own formal organization through which they negotiate socially optimal outcomes. The state, of course, has the government. The workers are organized in Trade Unions. And the employers have their own organization, Confederation of Norwegian Enterprise (abbreviated in Norwegian as NHO).

This system was instituted shortly after World War II and continues operating to these days. It involves routine consultations between the three organizations, which pre-empts strikes. It resulted in the establishment of the welfare state and a controlled, highly regulated capitalism. It also led to wage compression. Not only the differential between the salaries of workers and management is kept within strict bounds, worker wages from different industries are kept essentially the same, even when industries may differ wildly in labor productivity. This is a very interesting aspect of the Norwegian model, to which I will return in a future blog.

These kinds of questions were one of the major themes of discussion at the workshop. The second one was whether even Norway can continue being ‘Norway,’ that is, stick to its own model in the long run. There is no guarantee of that. We know many examples of countries that did very well for a while, and then got derailed. I still remember how back in the 1980s Japan seemed to be an invincible economic juggernaut. For those too young to remember, just watch “Rising Sun” or, better, read Michael Crichton’s book on which the movie was based.

Ironically, just when Crighton was finishing the novel, the Japanese bubble market was collapsing, a crisis that resulted in the ‘lost decade’ of the 1990s, from which Japan never (or, at least, so far) fully recovered.

So history shows that past success is no guarantee that the future will be as bright, and the Norwegians are right to worry about preserving their model of economic and social development.