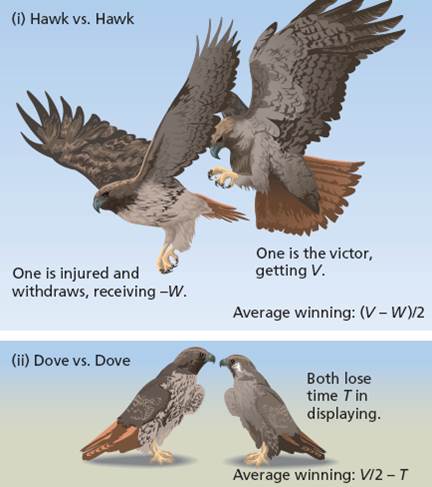 In a previous blog, I have already commented on the poor quality of coverage of the Crimean crisis in the Western press. Most news articles about the Russian annexation of the Crimean peninsula show no understanding of the real motives of Putin or Russia. This is scary. Folks, Russia has the second largest nuclear arsenal in the world, capable of blowing up both the US and the whole world several times over. Wouldn’t it be a good idea to understand why they are defying the West? Instead we get numerous amateur psychoanalysts speculating about Putin trying to compensate for his massive inferiority complex.

The only insightful articles I have seen are from true social science professionals, either people who have a deep understanding of the Russian culture and politics (see links in my previous blog) or from the International Relations (IR) scholars belonging to the so-called Realist School.

Arguably the two best (authoritative and influential) IR scholars in the US are John Mearsheimer and Stephen Walt. Each wrote recently about the Ukrainian crisis, and I hope our political leaders have taken note of what they say. See Mearsheimer’s Getting Ukraine Wrong and Walt’s No Contest: Obama gambled that U.S. power would trump Russia’s interests in Ukraine. He was wrong.

In my opinion, the neo-realism is the best empirically supported IR theory. Neverhteless, it can profit from an injection of some evolutionary thinking.

In particular, states don’t necessarily behave as rational agents, who always choose the course of action that will yield the highest material advantage. In fact, ever since the ancient Romans, states have been much preoccupied with ‘honor’ and ‘sacred values’ (see my blog on the sacred values).

To illustrate how such ‘irrational’ (or, as I prefer, ‘extra-rational’) behaviors can evolve, consider a herder who lives in a stateless, anarchic society. His wealth – the flocks – is of considerable value, and can be easily appropriated. Since there are no cops and courts, the herder must rely on his own efforts to protect himself against theft.

In such a situation, one evolutionary strategy is to maintain a reputation for extreme toughness: “you will regret it if you mess with me.” Potential thieves are deterred if they know that the owner will go all out to punish them should they dare steal any of his livestock.

Punishment is not a rational strategy, however, because it requires you to risk your life or spend treasure (by hiring a bounty hunter, for example) for no gain. Yet, its an evolutionarily advantageous strategy. In the long run, herdsmen who do not cultivate a tough reputation – “men without honor” – lose their herds and go extinct.

The ‘honor’ part is very important, because your commitment to punish a thief must be credible. You cannot be dissuaded because it’s dangerous. You cannot be bought off, because by doing so you lose credibility – you lose honor – and you lose the capacity to deter potential thieves.

The problem, of course, is that thieves are also under evolutionary pressure to cultivate tough reputations – to deter punishment from herders from whom they steal livestock. So we end up in a coevolutionary arms race, in which everybody becomes increasingly tough – to the point of craziness. The end result is a spiral of violence, in which all parties exterminate each other.

Theorists have investigated such evolutionary dynamics with a classic ‘hawk-dove’ model, and found that neither the meek ‘dove’ strategy, nor the tough ‘hawk’ strategy is evolutionary superior.

But there is a modification of the hawk strategy that wins over both hawks and doves. It’s known as the “bourgeois” strategy. Its essence is that you declare something (your flocks, or a piece of land on which you grow crops) as your property which you are willing to defend, no matter what it takes. Again, it’s not a rational strategy, because you must be willing to escalate conflict and expend more than your property is worth. Yet, in evolutionary terms, it’s a winning strategy. Modeling shows that bourgeois always replace hawks.

What are the implications for the IR theory? The primary resource in the international competition between the states is territory. Territory is where people live, providing the state with taxes and army recruits. Territory can also have strategic value by allowing the state to project power or control a choke point (such as a strait), thus denying another state such an opportunity. Territory is of existential importance to the states, because a territorial state cannot exist without territory (by definition).

States often behave in an opportunistic manner, grabbing extra territory when they can, or giving it up when they realize that the cost of holding it is too great. This kind of behavior is well described by the realist theory. However, some land is special in that it is not subject to a rational geopolitical calculation. It is “sacred” or “holy” and must be held at all costs.

Designating certain land as sacred is the IR equivalent of the bourgeois strategy in the hawk-dove game. States that treat their core territories as sacred and are willing to escalate conflict to defend them, persist in the international arena, while states that treat their core territory in a rational manner are gradually eliminated. As a result, we have what might be called as coevolution of geopolitics and sacred value. Geopolitical assets become sacred values.

Note added 25.III.2014: I was approached by an editor of an electronic magazine with the proposal to recast this blog as an article for them, so I will not be posting the second installment now. If things work out as I expect, both parts wil be published as a merged article.