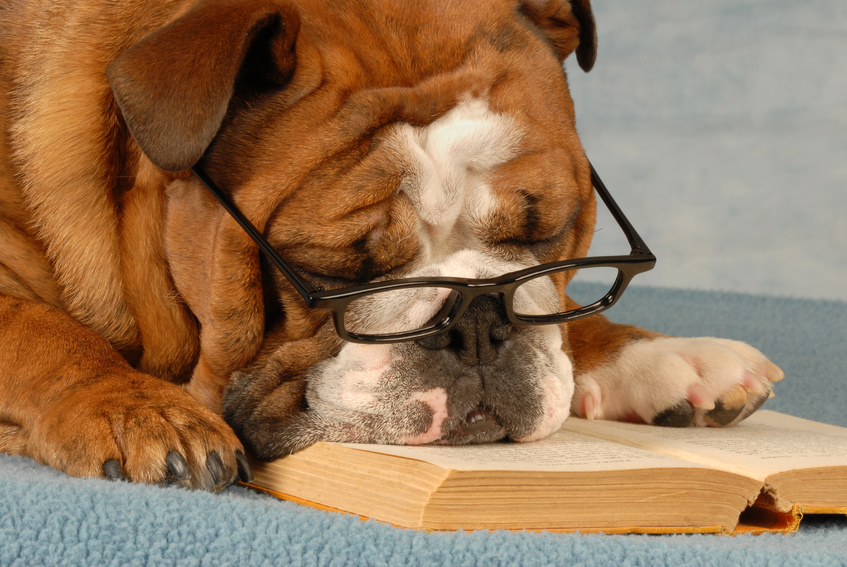 Can David Barash (and other old dogs) learn new tricks?

As someone with an optimistic disposition, I am reluctant to quote adages such as “Old dogs can’t learn new tricks” or “Science progresses, funeral by funeral.” But David Barash is wearing my optimism thin.

Barash’s first book, Sociobiology and Behavior (1977) reflected the worldview that was prevalent at the time. Group selection was dead. The victorious theories were inclusive fitness theory, selfish gene theory, and reciprocal altruism. These were consistent with each other and rendered altruism as something that exists at the level of individuals, primarily when interacting with kin or reciprocity partners, but not at the level of genes. Altruistic genes could evolve in principle but were no match for selfish genes in practice. I quote other exemplars of this period on p. 33 of my new book, Does Altruism Exist?

Fast-forwarding to the present, Barash hasn’t changed his mind one iota, according to his review of my book in the Wall Street Journal. His title says it all: “Genes are selfish; people are not.” In addition, Barash is unaware that others have changed their views. He is truly like Rip Van Winkle just waking up from his slumber, oblivious to what has been taking place during the last 38 years.

Barash’s private views are one thing, but as a reviewer and science journalist, he should be held accountable for the veracity of what he says. The easiest facts to document concern the widespread acceptance of multilevel selection as a legitimate theoretical framework. Two sources of evidence are a) the peer-reviewed literature, and b) a recent survey of evolutionary anthropologists that indicates a generational shift in attitudes toward group selection in faculty at PhD-granting institutions. Barash should acknowledge his error or provide evidence for his assertion that my quest is “lonely,” that multilevel selection is a “losing cause,” and so on.

As I say at every opportunity, the resolution of the group selection controversy requires an understanding of equivalence, whereby alternative theoretical frameworks deserve to coexist by offering different perspectives on the same causal process. The days of arguing group selection against the other theories are over for the majority of authors publishing on the subject in peer-reviewed journals—a claim that can be empirically validated. If you don’t want to take my word for it, then consider this judiciously worded passage by Jonathan Birch and Samir Okasha in a recent article, titled “Kin Selection and Its Critics” (p. 28):

In earlier debates, biologists tended to regard kin and multilevel selection as rival empirical hypotheses, but many contemporary biologists regard them as ultimately equivalent, on the grounds that gene frequency change can be correctly computed using either approach. Although dissenters from this equivalence claim can be found, the majority of social evolutionists appear to endorse it.

My chapter on equivalence in Does Altruism Exist? has been praised by other reviewers, including the review in the Chronicle of Higher Education by Oren Harman, whose book The Price of Altruism is acclaimed for getting the history of the group selection controversy right. At the end of my chapter, I state:

In my opinion, the concept of equivalence should be part of the basic training of all scientists, along with the concept of paradigms that replace each other and the process of hypothesis formation and testing that takes place within paradigms. Scientists should routinely perform “equivalence checks” to determine whether different paradigms invoke different processes, such that one can be right and the other wrong, or whether they merely reflect different accounting methods (or perspectives, or languages) that invoke the same processes. The amount of time and effort saved avoiding pointless controversy would be colossal.

Barash’s review of my book is a living fossil of pre-equivalence thinking. My 2012 interview with David Queller, one of the major modern proponents of inclusive fitness theory, provides an example of equivalence done right—and a standard for judging Barash’s outdated account.

It bears reminding how much the concept of genetic selfishness depends upon the rejection of group selection, which might begin to explain why Barash can’t let go of it. Richard Dawkins began his book The Selfish Gene by describing the standard scenario for how a genuinely altruistic gene could evolve. Such a gene would be selectively disadvantageous within groups but would nevertheless evolve by virtue of benefitting the group, relative to other groups in a multi-group population. It was the claim that altruistic genes can’t evolve because lower-level selection always trumps higher-level selection that gave selfish gene theory weight. Now we know that this was an error and that the standard scenario for the evolution of altruistic genes is assumed by all evolutionary theories of social behavior. In other words, altruism can be defined and its evolution can be explained at face value.

The point of the example is not to show that altruism can evolve—we have already seen that it can in the previous chapter—but to illustrate the logic of multilevel selection as a method of accounting for evolutionary change. Like a financial accountant, I have toted up the fitness costs and benefits a certain way to arrive at the bottom line of what evolves in the total population.

In his review, Barash ignores the two empirical examples that I provided in detail, tells a just-so story about how a third example that I provided tangentially (collective decision-making in tadpoles) might not be a product of group selection, and critiques my numerical example as if it was intended as evidence for group selection. He also misses the main import of equivalence, which is that it’s not necessary to hunt and peck for examples of group selection. They are all around us, as we can see by using the right frame of comparison (the relative fitness of individuals within groups vs. the relative fitness of groups in a multi-group population). If his review were a student paper in an introductory college course on evolution, it would deserve an F.

Has David Barash destroyed my optimism for good? Fortunately, I can take comfort in the aforementioned survey of evolutionary anthropologists, which was conducted by William Yaworsky and Mark Horowitz at the University of Texas at Brownsville and Kenneth Kickham at the University of Central Oklahoma. In a survey question on their graduate training, 57% of respondents reported that their mentors were “strongly” or “leaning” toward kin selection, 34.2% of their mentors were “neutral”, and 8.2% were “strongly” or “leaning” toward group selection. This profile is more anti-group selection than the profile of the respondents, indicating a generational shift. In addition, the respondents themselves vary in age, from assistant professors in their 30s to full professors in their 60s and 70s.

Can age explain some of the variation in the respondent’s attitudes toward group selection? Yaworsky et al. did not provide this information in their article but kindly ran the correlations upon my request, which are displayed in the accompanying table. Correlations are shown for four survey questions. Asterisks indicate statistical significance at the .05 (*), .01 (**), and .001 (***) levels. Age is measured as chronological age (they

also used years since obtaining one’s PhD as a variable, which correlates highly with age). The last column shows the correlation between the first three survey questions and the fourth question, which concerns my own “trait group” model of group selection. The age of the respondent is significantly associated with the rejection of group selection for questions 1, 2 and 4, so David Barash is not the only dog who can’t learn new tricks. On the other hand, the correlation coefficients in the age column are relatively weak, so some old dogs can learn new tricks, and I have grounds for remaining optimistic, even if David Barash is a lost cause. The final column shows that respondents who reject group selection in general terms (as assessed by the first three questions) are also likely to reject my trait-group model of group selection.

I have taken flak by some reviewers for claiming to offer a “post-resolution” account of how altruism evolves and by comparing the group selection controversy to other protracted controversies in science whose outcome appears obvious in retrospect (e.g., continental drift). It’s easy to call such claims self-aggrandizing, but consider the facts: It is a fact that the group selection controversy was absurdly protracted. It was protracted when I entered the field 40 years ago! It is a fact that the majority of authors publishing peer-reviewed articles accept multilevel selection as a legitimate method of accounting for evolutionary change. It is a fact that the opinions of evolutionary anthropologists at PhD-granting institutions reflect the current peer-reviewed literature. It is also a fact that some old dogs will go to their graves without changing their minds about group selection. Too bad that one of them was chosen to review Does Altruism Exist? for the Wall Street Journal. David Barash misled readers newly encountering the subject and embarrassed himself in front of readers who know better.